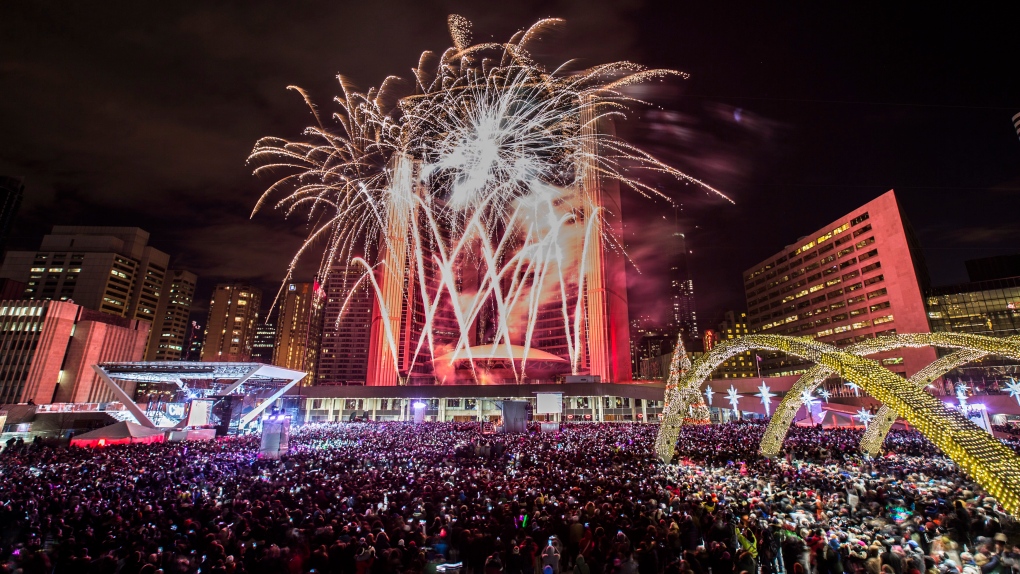 Toronto’s New Year’s Eve fireworks display is returning to the sky for the first time since the onset of the COVID-19 pandemic but it is going to look a little different as the city works to limit crowds.

Mayor John Tory announced on Wednesday that there will be a “10-minute, high-altitude fireworks display” to ring in 2022.

But he says that the fireworks display will be launched from several locations along Toronto’s waterfront, so that residents won’t have to gather in one specific place.

The city is also forgoing the usual celebration at Nathan Phillips Square and will instead provide a live stream of a 90-minute New Year’s Eve special that will be recorded on the observation deck of the CN Tower.

“Our economic development staff have worked with Toronto Public Health to make sure that this can be done in a way that is safe but represents, as we've been trying to do in every area, something that is between last year's rather stark lonely experiences where people couldn't be with each other at all to something that goes partway to the return to normalcy,” Tory said.

Tory said that the fireworks display will be “viewable from Etobicoke to Scarborough,” essentially anywhere with a view of Lake Ontario.

He said it is his hope that the display helps usher a year in which the pandemic will finally come to an end and the city can “come back stronger than ever.”

Last year the city cancelled its fireworks display altogether and instead held a light show at the CN Tower that was live streamed.