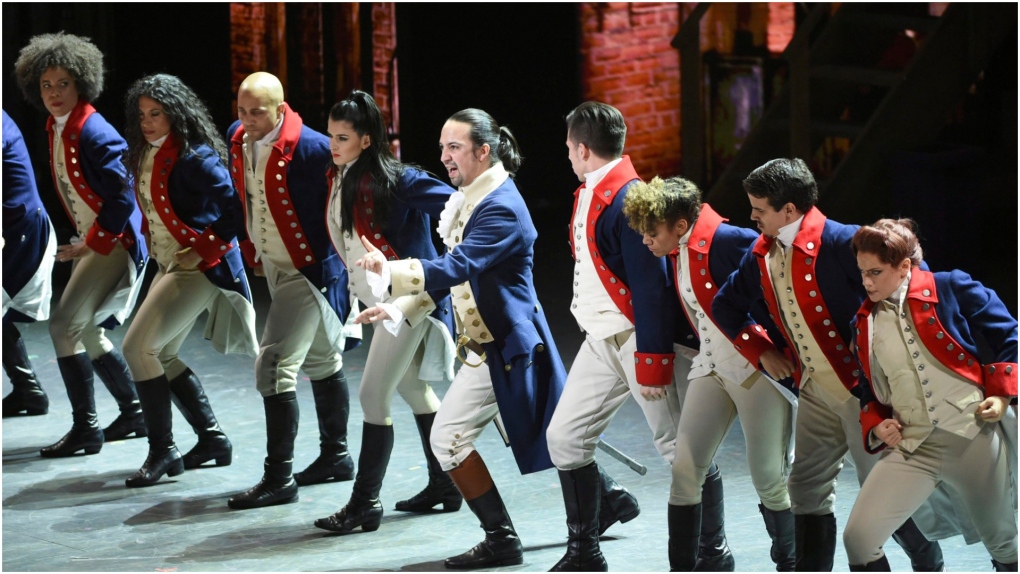 FILE - In this June 12, 2016 file photo, Lin-Manuel Miranda, center, and the cast of "Hamilton" perform at the Tony Awards in New York. Tickets for the Canadian premiere of smash musical "Hamilton" will go on sale on Oct. 28. THE CANADIAN PRESS/Evan Agostini/Invision/AP, File

A Toronto theatre company is sounding the alarm after fraudulent tickets for its upcoming production of the popular musical “Hamilton” were advertised on a re-selling website.

In a news release issued Wednesday, Mirvish Productions says the main culprit is London, UK-based Toronto-theatre.com. Mirvish says the re-seller is promoting that they have tickets to the show and are allegedly “offering them for sale at highly inflated prices.”

“[Toronto-theatre.com] offers tickets in the last row of the orchestra for $1,145 USD each, plus service fees of upwards of $120 USD per ticket,” the news release reads.

Tickets for the Toronto engagement of the Broadway musical “Hamilton” don’t go on sale until Oct. 28 and Mirvish says that mirvish.com is the only official ticketing site for the Ed Mirvish Theatre in Toronto.

“While it's tempting to get tickets by any means, there are many sites and re-sellers who are selling overpriced, and in some cases, fraudulent tickets,” Mirvish said in a news release.

“For the best seats, the best prices, and to eliminate the risk of counterfeit tickets, all purchases for the Toronto engagement of Hamilton should be made through mirvish.com at the appropriate time.”

In light of this, Mirvish is offering potential buyers some tips to avoid getting scammed: