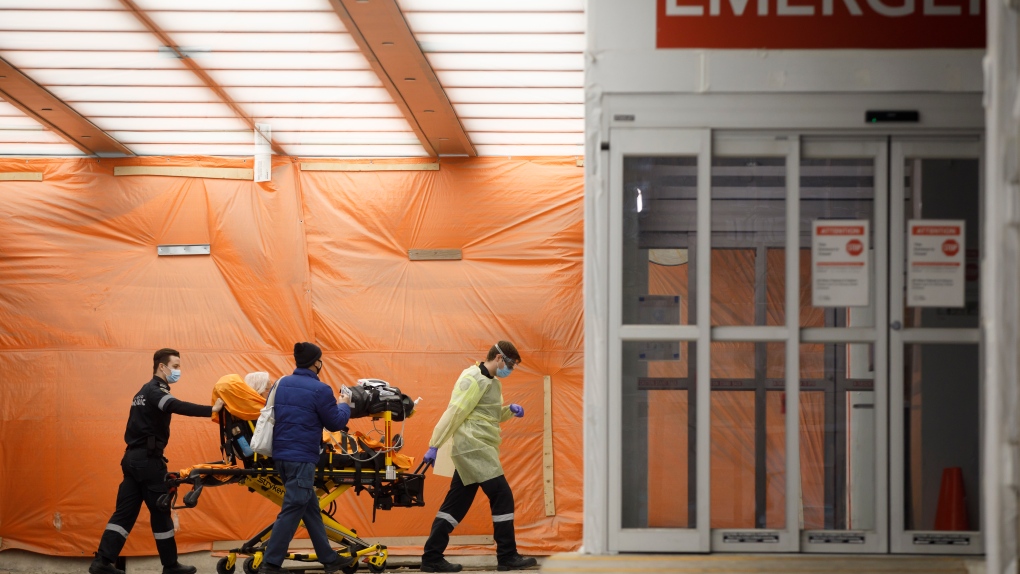 TORONTO -- Toronto’s top public health official says that the city’s intensive care units could run out space by the end of January amid a COVID-19 surge that continues to worsen.

Medical Officer of Health Dr. Eileen de Villa delivered the startling warning during a presentation to the city’s Board of Health on Monday morning.

She said that even if Toronto’s reproductive number went down to one, meaning that each positive case only infects an average of one other person and that the pandemic is no longer growing, the city’s hospitals will likely still reach a point in late January when they run out of critical care beds.

“The issue is that in any scenario we are on track to surpass the standard ICU capacity before the end of January,” de Villa said. “This simply emphasizes yet again how important it is that to the greatest extent possible we together as a community do our very best to maintain distance with others in order to protect our health system to the greatest extent possible.”

According to a Critical Care Services Ontario report obtained by CP24, there were a total of 164 COVID-19 patients in the ICU at Toronto hospitals as of midnight, including 128 on ventilators.

There were a combined 94 ICU beds still available in Toronto hospitals as of midnight, though about a quarter of that excess capacity was at the Hospital for Sick Children.

The modelling presented by de Villa on Monday suggests that once the number of COVID patients in the ICU hits 200, many hospitals will begin to run out of beds.

This is, of course, already happening at some hard-hit hospitals.

At Humber River Hospital, all 46 beds in the ICU are now filled and more than half of them (25) are taken up by COVID-19 patients.

The ICUs at Sunnybrook and Mount Sinai are also approaching their capacity. According to the Critical Care Services Ontario data, 29 of the 31 ICU beds at Mount Sinai were filled as of midnight and 92 of the 95 beds in Sunnybrook’s ICU were also taken up by patients.

And in the city’s east end the three hospitals operated by the Scarborough health network –Birchmount, Centenary and Scarborough General – have been at capacity for months. As of midnight, those three hospitals were reporting a combined four available beds in their intensive care units and nearly half (37) of the patients in critical care were being treated for COVID-19.

Meanwhile, cases in Toronto continue to accelerate albeit at a slower rate than was seen in the first weeks immediately following the holidays.

“If you will recall when this number is above one it means that the outbreak will continue to grow. Keep in mind as well that given that we have such high case counts that continued growth means you will continue to see these large numbers (of cases),” she said. “Unless we are able to increase distance and get that number down we will continue to see numbers that frankly we do not want to seen. It will take time to bring these numbers down.”

While de Villa said that COVID-19 activity in Toronto remains “very, very high” and will likely imperil the city’s healthcare system, she did say that there are early signs that people are staying at home more and suggested that the trend could eventually lead to lower case counts.

She said that anonymous cell phone data tracked by the city suggested that there was a spike in the prevalence of people’s devices being at home from January 1-9 and that it exceeded the increase that is typically seen in the days following the holidays.

She said that while the data suggests that people are still not at home as much as they were during the first wave of the pandemic in the spring, it should be viewed as a “positive sign” that the provincewide lockdown that went into effect on Boxing Day is having an impact.

Toronto’s seven-day average of new cases is also down to 852 after going as high as 996 in the days immediately following the holidays.

“We can see that some of the measures are starting to have an impact at reducing the mobility in Toronto, which is a good thing. This is exactly the kind of impact we were looking for,” de Villa said. “We know that COVID-19 spreads from person to person when they are in close contact with others so certainly seeing this increase in device time at home gives rise to some optimism that the measures are starting to have some impact at least in terms of mobility and hopefully will manifest themselves in reduced viral spread and activity.”