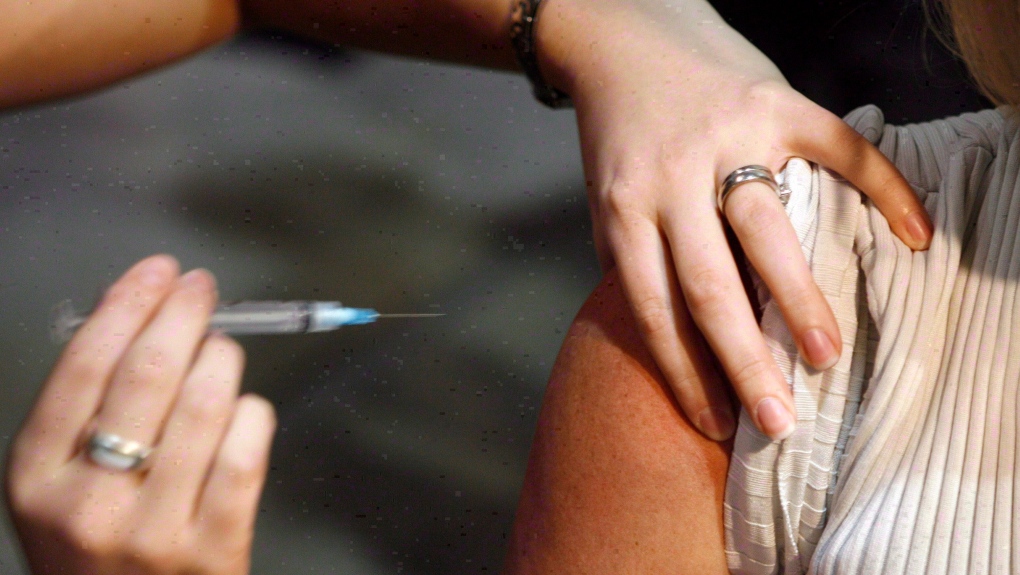 A patient gets a shot during a flu vaccine program. (The Canadian Press/Jeff McIntosh)

TORONTO -- Toronto residents can book their appointment for a flu shot at one of the city’s five mass vaccination clinics starting today.

The Doug Ford government has said that it has secured 7.6 million doses of the vaccine this year, representing an approximately 22 per cent increase from last year.

About 40 per cent of the doses will go to pharmacies with the rest set aside for primary care doctors and public health units.

Speaking with CP24 on Wednesday, Toronto’s Associate Medical Officer of Health Dr. Vinita Dubey said that the city had an “unheard” of six reported cases of the flu last year but is expecting a significant increase this flu season due to the lifting of most public health restrictions that were in effect last fall and winter.

“Already in Ontario we've had five or six cases to date. So there's no question that we're already starting to see it here. It's already spreading,” she said. “We also know that other viruses are spreading. Many people have noted that they've gotten a cold this year where they may not have had one last year. So we certainly know that being out and about and mixing is going to spread the other viruses and will also spread the flu.”

The city has already begun offering the flu shot to under-housed individuals in shelters and drop-in facilities but appointments at its mass vaccination clinics won’t begin until next Tuesday.

As of noon there were still hundreds of available appointments listed on the city’s website for all five clinic locations next week.

The facilities are all operating on an appointment-only basis, though there is no need to produce an OHIP card to get a flu shot.

“Flu vaccine is one of those vaccines that we know you actually need to get every year as the strains of flu that circulate change. The immunity from the flu vaccine tends not to last beyond a year so you really do need to get the vaccine every year,” Dubey told CP24.

The National Advisory Committee on Immunization has said that anyone who is not fully vaccinated against COVID-19 can safely get that vaccine alongside the flu shot without any complications.