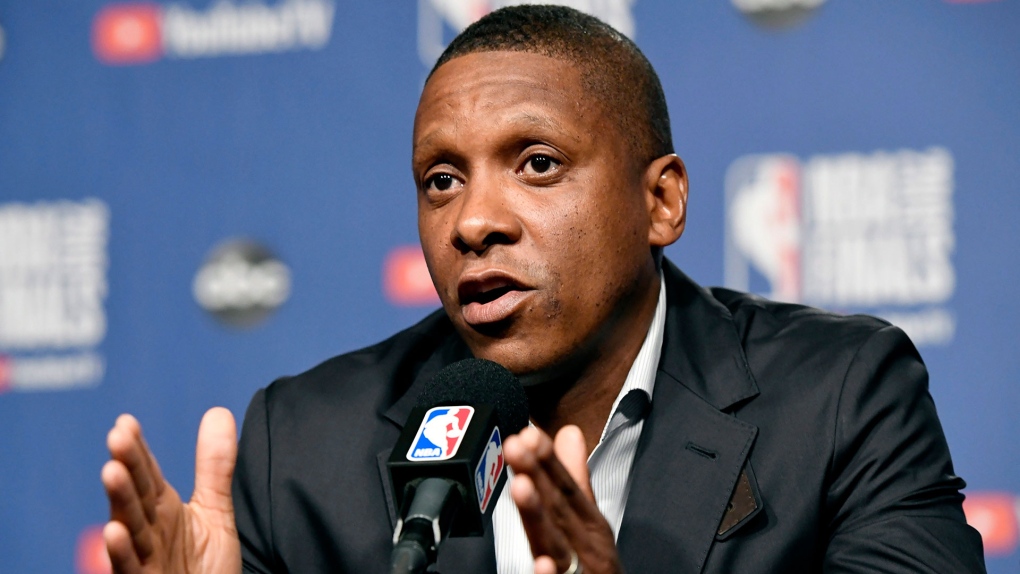 The Alameda County district attorney's office announced the decision Tuesday, when the Raptors were in Toronto receiving their championship rings for defeating the Golden State Warriors.

"I am extremely pleased with the decision," said Ujiri in a statement issued through the Raptors. "While these past months have been difficult waiting for a determination on this matter, I understand the nature of the process and am appreciative of the efforts of all involved. I am happy that this is now behind me and I look forward to the task of bringing another championship to the City of Toronto."

The DA's office says it met with Ujiri and his attorneys on Monday and decided the matter was better handled "outside of the courtroom."

The Raptors had won the title and Ujiri wanted to join his celebrating team on the court, but he didn't have proper credentials and an Alameda County deputy blocked his way.

Ujiri shoved the deputy, and a lawyer for the officer said his client suffered a concussion.