Toronto police will get $3M from province for more surveillance cameras

The province has committed $3 million in funding to help Toronto police more than double the number of surveillance cameras they operate across the city amid a rise in gang-related violence so far this summer.

Premier Doug Ford made the announcement at the Toronto Police College in Etobicoke on Friday morning. 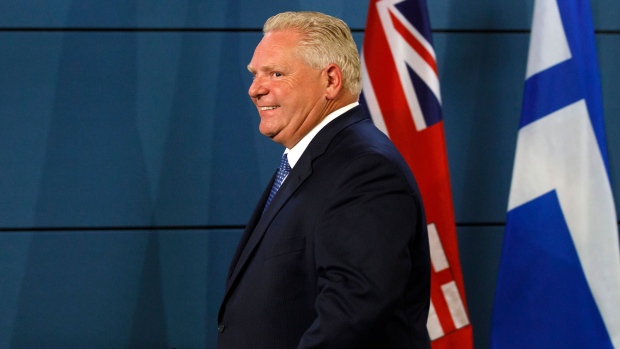 Ontario Premier Doug Ford is seen at a press conference at the Toronto Police College on Friday, Aug. 23, 2019. (The Canadian Press / Cole Burston)

He said that the money will help Toronto police increase the number of surveillance cameras they operate from 34 to 74, something that he said could be a “real deterrent” to criminals not to mention a potential source of evidence for police investigating violent crimes.

The investment is in addition to the up to $1.5 million that the province has committed to an 11-week community safety initiative dubbed “Project Community Space.”

“My message to these violent criminals, to the people terrorizing innocent families is this: we are coming for you, we will catch you and we will bring you to justice,” Ford said.

The money will be conveyed over three years with the city receiving $2 million to pay for the new cameras this year and $500,000 in each of the next two years to cover operating costs.

Speaking with reporters at Friday’s announcement, Police Chief Mark Saunders said that he hears “more and more requests” for cameras from residents in communities where violent crime has become an issue. 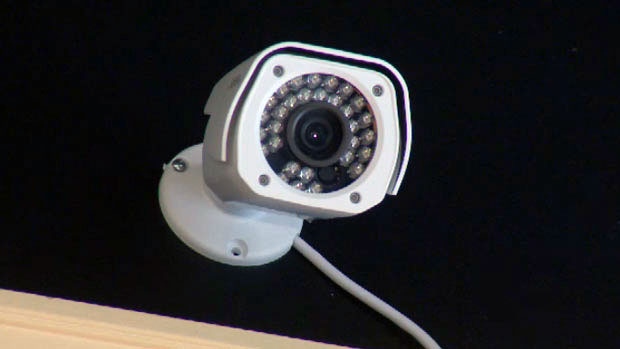 A surveillance camera is seen in this file image. (CTV News Toronto)

He said that the cameras aren’t a solution in and of themselves but can be part of a multi-pronged approaching to combating gun and gang violence.

“When you look at many of our cases technology, especially the CCTV cameras, have made a tremendous impact,” he said. “It is one of those tools, in conjunction with a whole bunch of other tools, that we can use to get this right.”

Saunders said that the placement of the new cameras will, be “intelligence led” with input from the TPS’s Integrated Gun and Gang Task Force."

Outside the North York TCHC building where 16-year-old Hanad Abdullahi was shot and left for dead in a stairwell three weeks ago, some community members welcomed the additional funding for cameras.

“It’s a start, you know,” Agnes Kallon said. “But we the community also have to work together with the police and the government.”

“You can never get away from the camera, the cameras never lie,” Kenley Nesbitt told CTV News Toronto.

But a teen outside the building disagreed.

“You can just avoid the cameras, hide your face,” he said. “It doesn’t even matter.” 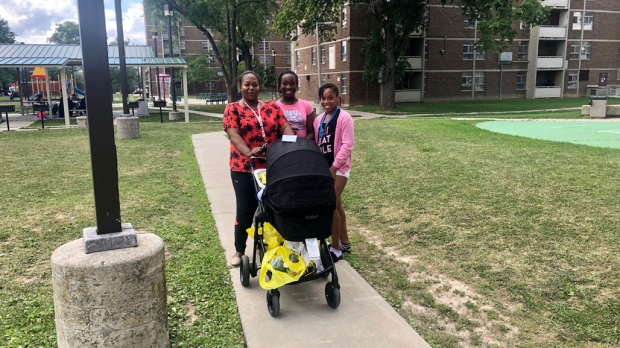 Resident Paula Hamilton said that deterrence should be the focus.

“Instead of using the camera to catch the act it after the fact, probably try to help prevent it before it actually happens,” she said.

Saunders stressed though that cameras are just one piece of the puzzle.

“It’s the sum of all parts,” he said of the guns and gangs strategy.