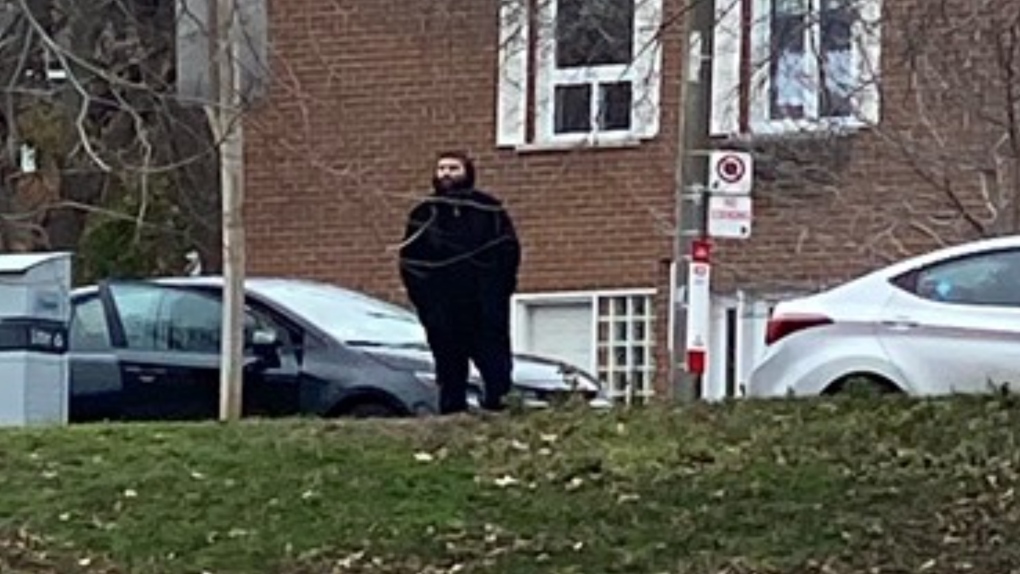 Police say the man in the photo is being sought in connection with a suspicious incident investigation at an Upper Beaches school. (Toronto Police Service)

Toronto police have released a photo of a man suspected of taking pictures of students at an east-end elementary school and trying to lure them into his car.

Police said they received a call for a suspicious incident on Tuesday at Bowmore Road Jr. Public School, located south of Gerrard Street East and east of Coxwell Avenue.

At around 1 p.m., three students were in the school yard for gym class when they saw a man across the street standing next to a vehicle with its door open, police said.

"The man was observed to be waving towards students in the school yard," they said, adding that he "appeared to be motioning towards the open car door."

Police said the man, who later left in a black, four-door sedan, might have also taken photos using his phone.

The make and the model of the vehicle are unknown. Police said the car was last observed heading east on Gerrard Street.

On Thursday, police issued a news release with a photo of the suspect in an effort to identify him. He is described as six feet tall with a heavy build, black hair, and a black beard.

The suspect was last seen wearing a black jacket or sweater and black pants.

The school sent a letter to parents and guardians later that Tuesday informing them about the incident.

"A group of students reported the man to the office, and police were immediately called to investigate this incident," Principal Heather Groves wrote.

"The safety of our students remains our top priority at Bowmore Road. School staff regularly speak to students about how to stay safe. I want to emphasize to students, staff, and parents/guardians the importance of awareness even in our everyday routines."