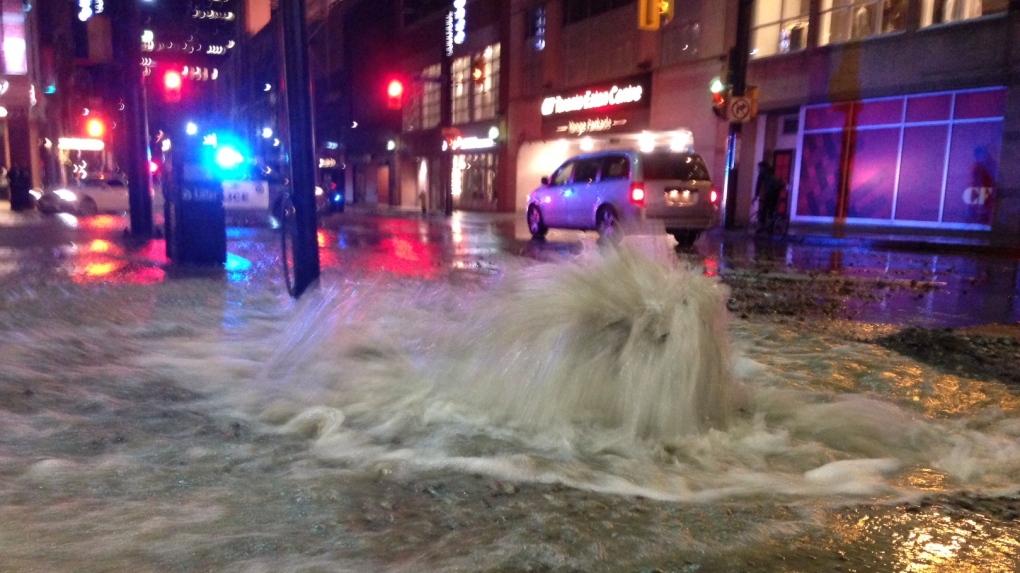 TORONTO -- A new study by the Residential and Civil Construction Association of Ontario (RCCAO) is highlighting just how much water goes to waste in Toronto every day.

The study, titled ‘Water Infrastructure in the 21st Century: Smart and Climate-Savvy Asset Management Policies,’ was completed by Tamer E. El-Diraby, a University of Toronto professor in the department of civil and mineral engineering.

While Toronto’s water distribution network services approximately 3.6 million people, the study claims that, due to “leaky and broken pipes,” 10 to 15 per cent of that water leaks from pipes daily.

This means that the city could be wasting 103 million litres of water per day — enough to fill more than 15,000 Olympic swimming pools a year, or just over 40 a day.

However, in some areas, the leakage rate could be far higher, says RCCAO.

“Reports by consultants who conducted actual assessments show that rates in Ontario could be as high as nearly 40 per cent. One analysis for the Town of Smiths Falls estimated that rates between 2003 and 2019 ranged between 41 per cent and 67 per cent,” said RCCAO.

When reached for comment, Lou Di Gironimo, General Manager of Toronto Water, told CTV News Toronto that “unaccounted water loss [in the city] is 10 per cent or less, and is associated with water main breaks, flushing water mains for maintenance purposes, as well as any leaks that may be in the system.”

According to RCCAO, a survey completed in 2018 of 308 water utilities in North America showed that the typical age of a failing water main is 50 years.

"The city experiences an average of 1,400 water main breaks annually and replaces about 35 to 50 kilometres of water mains each year, meaning it’s working on the assumption that the service life of a water main is 110-166 years," the RCCAO said.​​

The city says they have implemented several programs to help to reduce water loss.

These improvements include a 10-year plan, put in place in 2020, to see $2.2 billion in capital improvements towards improving the distribution network and the 2015 replacement of more than 470,000 water meters in homes and businesses.

“[The study] confirms that our water infrastructure is aging and in dire need of repair,” Todorova said.

“It’s incredibly inefficient and almost singlehandedly defeating our water conservation goals when treated drinking water never makes it to the taps because of leaky pipes.”

El-Diraby says Toronto needs to “stay the course” and “preserve the value of its water infrastructure assets.”

“We must pivot to face future challenges. If we let our guard down, the repercussions will be much higher than the simple issue of crumbling assets.”