A mayoral candidate is promising to cancel the planned expansion of the Bloor-Danforth line into Scarborough and build a less expensive Light-Rail-Transit line instead.

“The Scarborough light rail transit line will have seven stops, it will be accessible to far more people, it will cost $1.8 billion already paid for by the province and it will be built years sooner than the subway," Soknacki told reporters. “The people in Scarborough deserve an LRT because frankly it is the better solution."

City council originally voted in favour of a seven-stop LRT for Scarborough, but in October council reversed its decision, voting 24-20 in favour of a three-stop extension of the Bloor-Danforth line instead.

“This isn’t a false start; it is moving with a plan that is already there," Soknacki said of the LRT. “The plan is there, the funding is there and council just set it back. We have to move it ahead."

Mayor Rob Ford has been a vocal supporter of the Scarborough subway extension, frequently telling fellow councillors and members of the media that residents in the neighbourhood want a subway and not an LRT.

Speaking with reporters on Tuesday, Soknacki admitted that most residents he speaks with say they want a subway initially but he said they change their tune when they hear more about what an LRT would look like.

“They immediately say they want subways because they think that is the best, but when you ask them ‘Do you want three stops or seven?’ and ‘Do you want to walk to it or do you want to have to take an extra transfer’ they say ‘Just a second’,” he said.

Soknacki is one of 23 candidates to register as a mayoral candidate for the October election.

So far Mayor Rob Ford is the only other candidate with significant political experience to enter the race. TTC Chair Karen Stintz has previously announced that she will also run, but she has not yet filed her paperwork. Rumoured candidates include radio host John Tory, NDP MP Olivia Chow and Public Works Chair Denzil Minnan-Wong. 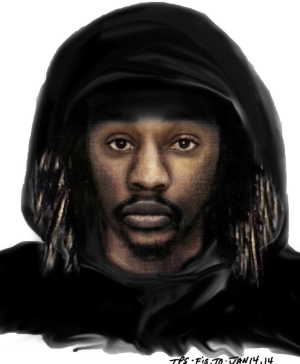 Toronto police have released a composite sketch of a suspect wanted in connection with a sexual assault that occurred in the city’s east end in the summer of 2012.