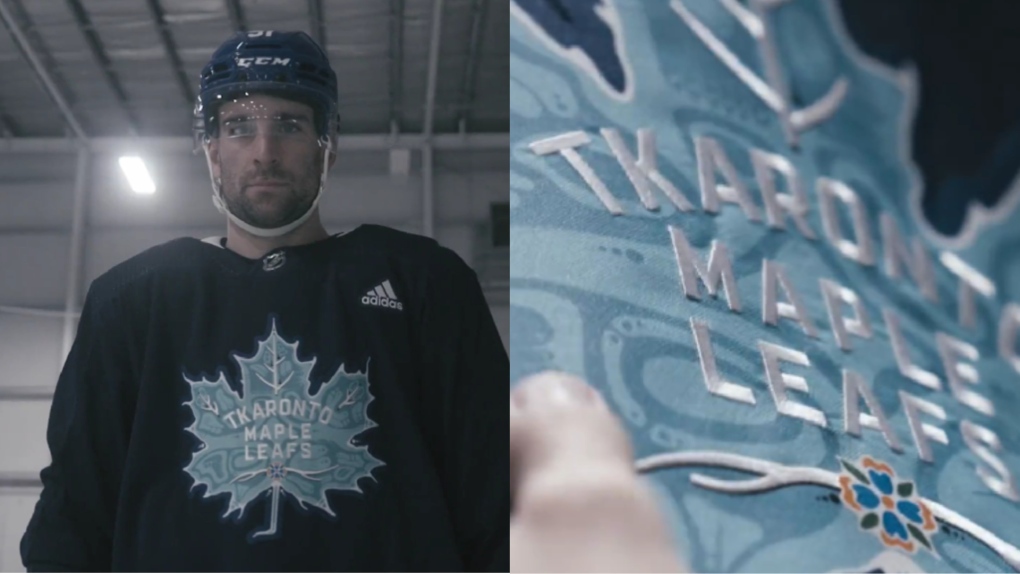 The Toronto Maple Leafs will be sporting special new jerseys on Saturday night.

Tyler Tabobondung Rushnell, a 23-year-old Anishinaabe artist, designed the practice jerseys for the Leafs to wear ahead of their game against the Detroit Red Wings.

“I took inspiration from my culture, the Ojibwe people and the Anishinaabe,” Rushnell said in a video shared by the Maple Leafs.

Rushnell, a Beaver Clan from Wasauksing First Nations in Parry Sound, practices Woodlands-style art. His redesigned jerseys feature a shoulder patch of a thunderbird and a Tkaronto Maple Leafs logo.

“Thunderbird represents strength and being able to talk to the creator in a good way,” Rushnell said.

Outside of the new jerseys, the Indigenous Celebration game will also have live music, dance performances, and some Indigenous fusion cuisine like bison poutine and smoked maple sage drumsticks.

The Leafs also shared a video of Kalley Armstrong ahead of Saturday night’s game, granddaughter of the late team captain George Armstrong, who passed away at 90 in 2021.

In the video, Kalley talks about George Armstrong’s legacy and his impact on the Indigenous community while sporting her grandfather’s jersey.

“It’s amazing for me as a First Nations Person to represent my grandfather and his Indigenous background” pic.twitter.com/8EgXQi8s7n

“I think just to be here with the community and play hockey, and all be together as one, I just think it’s extremely powerful.”

The Toronto Maple Leafs will hit the ice to take on the Red Wings at Scotiabank Arena at 7 p.m. EST.