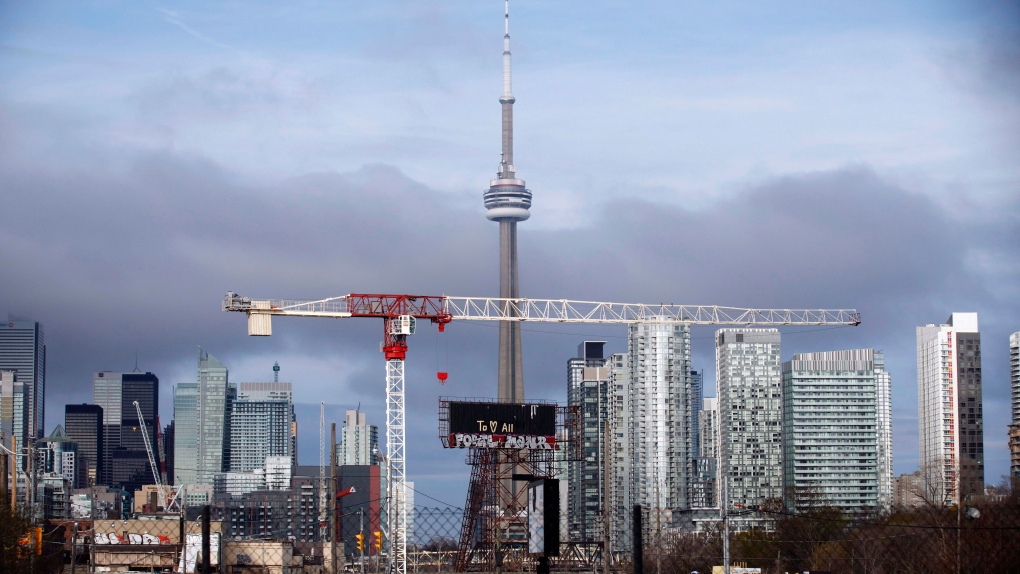 Condominiums and the CN Tower are shown along the Toronto skyline on Tuesday, April 25, 2017. THE CANADIAN PRESS/Cole Burston

TORONTO -- Mayor John Tory says that it is “not good enough” for landlords to just consider rent deferrals on a case-by case basis without first communicating in a direct fashion to their tenants, many of who he says are “worried and scared about the consequences” they will face when rent comes due next week.

Tory made the comment to CP24 during a Skype interview from his home, where he will remain in isolation for one more day following a return from abroad two weeks ago.

He said that he has spoken to numerous large landlords and property owner associations, who have mostly assured him that they will give flexibility to tenants who may have suddenly lost their jobs due to a COVID-19 outbreak that has shuttered businesses and brought public life to a standstill.

The problem, he said, lies in the fact that those same landlords have not on the whole communicated that flexibility to tenants.

“They just haven’t said that and they said to me that there were some agitated tenants. Well of course they are agitated. They are scared and even though they may have heard that the province has stopped evictions from happening they are worried there may still be some sort of bad consequence that falls upon them because they can’t pay rent,” he said. “I just think, especially in those circumstances where those very same landlords have a last month’s rent in the bank, that they have an obligation to communicate.”

Tory said that he believes the federal government should come to the table with some sort of package to support landlords, many of whom he said also have mortgages to pay and are not in a position to defer rent payments for an extended period.

He said that in the interim, though, landlords should be showing as much flexibility to tenants dealing with job loss as possible.

“The fact is we are not spending enough time thinking about the average people who have gone through the horror of suddenly losing their job when they probably thought it was secure,” he said. “Landlords buck up and get on with this and tell people that you have some empathy for them and some consideration for them. Do it.”