Tozheg Roshankar of Toronto bought a home as an investment property to help her pay the bills as a single parent and a caregiver to her mother.

But now the tenant inside her Mississauga rental home is refusing to pay the rent or utilities.

“I have no idea at this point how I’m going to be able to keep this going and allow her to just have free accommodations,” Roshankar told CTV News Toronto.

Roshankar said she rented out the property to someone who had good references and income statements, but after the person paid first and last month’s rent it was a problem to get the next month’s rent.

She then became concerned that the income statements and references provided to her by the tenant were fakes.

Roshankar believes she is now owed about $13,000 in back rent and utilities.

Roshankar became more concerned when she googled her tenants name, Shasteven Reid, and found that Reid and her sister Shi-Ronni Tynes had an eviction hearing at the Landlord and Tenant Board (LTB) earlier this year on Jan. 4 after failing to pay their former landlord $9,586.

Roshanker said she then researched “professional” tenants and found out there are some renters who move into a home, pay first and last month’s rent and then don’t pay any more due to backlogs at the LTB.

"I learned about the whole pattern that some people use. They get into a tenancy agreement pay the first and last month’s rent and stop paying for various reasons," Roshankar said. 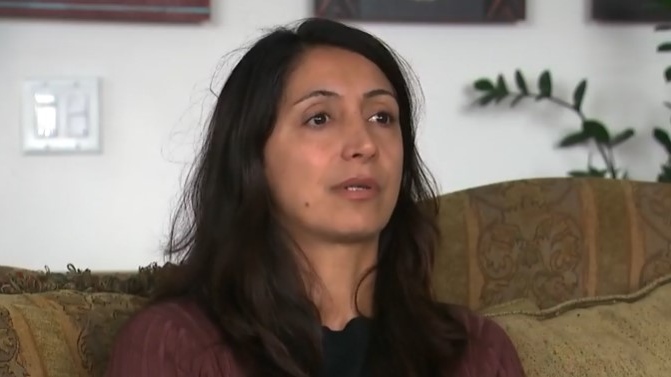 CTV News Toronto went to Roshankar’s property in Mississauga to ask Reid directly about the allegation.

“Why are you recording me?” Reid asked.

When we said the landlord complained she had not been paying her rent, Reid slammed the door, but later came out of the house, did not answer any questions, and demanded we leave the property.

According to the Small Ownership Landlords of Ontario (SOLO), there is such a delay at the LTB that if a landlord gets a tenant that refuses to pay rent, it could take as long as a year to get them out.

"You can't expect to wait ten months before a hearing date and the tenant does not have to pay rent. Well, they do have to pay rent, but they won't because they are using the system to their advantage," said Varun Sriskanda with SOLO.

Sriskanda said that so-called “professional” tenants, or those who have faced eviction notices before should be dealt with “right away” at the LTB.

"If you run a person's name and you see this is the third time they have done this, and you see they are being brought to the LTB for another L1 application [an application to evict a tenant for non-payment of rent and to collect rent the tenant owes], then let’s bring that person to the front of the line so we don't have another landlord victim," Sriskanda said.

In a statement, an LTB spokesperson said, "Processing times are longer than we wish them to be. New and adjourned matters are currently being scheduled on average, within seven to eight months.”

Roshankar said she can't wait much longer as she has to pay the bills for her own home, the rental property mortgage and the utilities there as well.

The LTB said it's trying to add staff and shorten wait times for hearings while the landlord group says some owners are forced to walk away from their properties because they can't sell them and they can't force the tenant to move out.