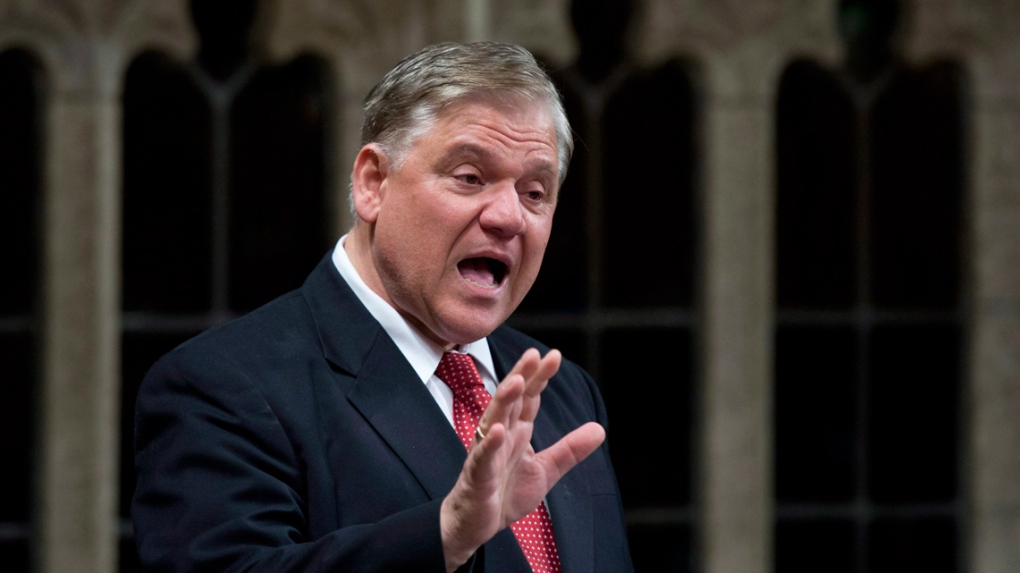 Liberal MP Jim Karygiannis announces he will step down as the Member of Parliament for Scarborough-Agincourt in the House of Commons on April 1, 2014 in Ottawa. (THE CANADIAN PRESS / Adrian Wyld)

TORONTO -- Jim Karygiannis is no longer a city councillor for Ward 22 after the Supreme Court of Canada said Thursday that it would not hear an appeal to a lower court ruling that found he exceeded his campaign spending limits.

In early August, an Ontario appeal court said Karygiannis could stay in office while he sought leave to appeal to the Supreme Court.

The decision by Canada’s highest court means he has now exhausted his legal options in the matter.

Karygiannis was first removed from office in November 2019 when City Clerk Ulli Watkiss said a review found that he overspent on his 2018 campaign by nearly $26,000, most of it related to a post-election party for donors at Santorini Grill in Thornhill.

The Municipal Elections Act clearly states that a person’s seat is vacated if they are found to have exceeded their spending limits.

Speaking with reporters Thursday, Mayor John Tory wished Karygiannis well, but said the decision of the courts must be respected.

“Councillor Karygiannis has given a big part of his life to public service and to public life, and you're always sorry to see these things happen but the law has to be upheld and has to be respected and the courts have made a decision,” Tory said. “So I would just say to him ‘Thank you for many years of public service.’ It's always unfortunate when somebody's career in public service ends this way.

Toronto City Council must now decide whether to appoint someone to the seat or hold a byelection. A report laying out both options will go to council on Sept. 30.

Tory didn’t say whether he’d push for council to appoint someone to the seat or hold a byelection, but he did say that council will move quickly to make sure residents in the ward have representation.

“I'm very seized of the fact that those people in that part of Scarborough need representation once the seat is vacated,” Tory said. “And so we'll move as quickly as we can to deal with that and the rest will unfold as it should.”