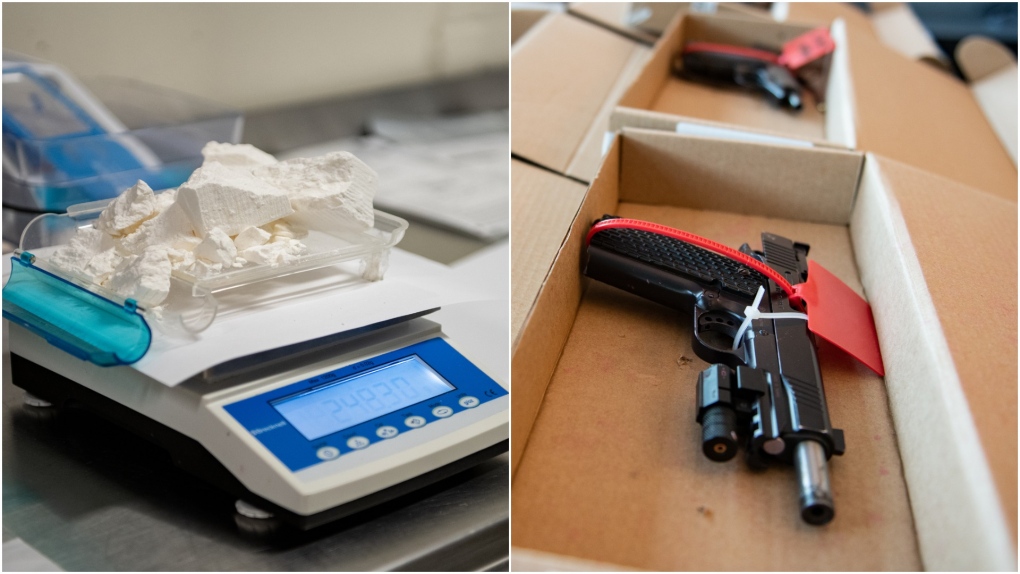 Drugs and guns are seen in two undated photographs provided by police in connection with Project Hammer.

TORONTO -- Twenty-six people have been charged after about $5 million worth of drugs and firearms were seized following a more than one-year trafficking probe police say took them across Canada.

“Individuals within the Greater Toronto Area supported their criminal enterprises by selling illicit drugs and firearms within a complex multi-level organization,” police said in a news release issued on Thursday. “In an effort to establish this group’s hierarchy, investigators in the Major Projects Unit focused resources on select accused.”

Police say that in total 35 search warrants were executed over the last year, with at least 27 in the Greater Toronto Area. Twenty-six people were taken into custody in connection with the investigation. Their identities were not released. 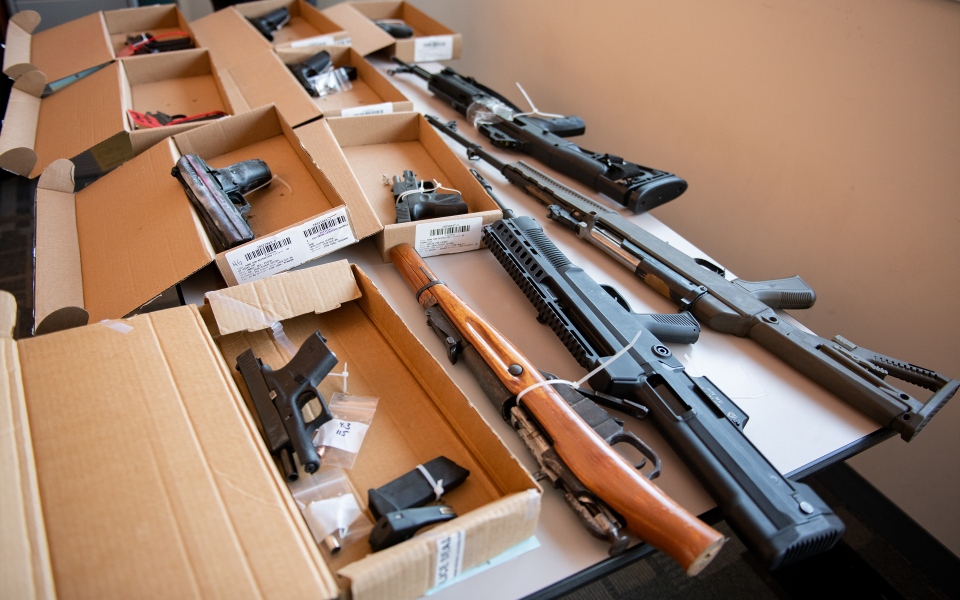 There were also about 18,220 pills that have yet to be identified, investigators said.

In total, police say the drugs and firearms are worth about $5 million. 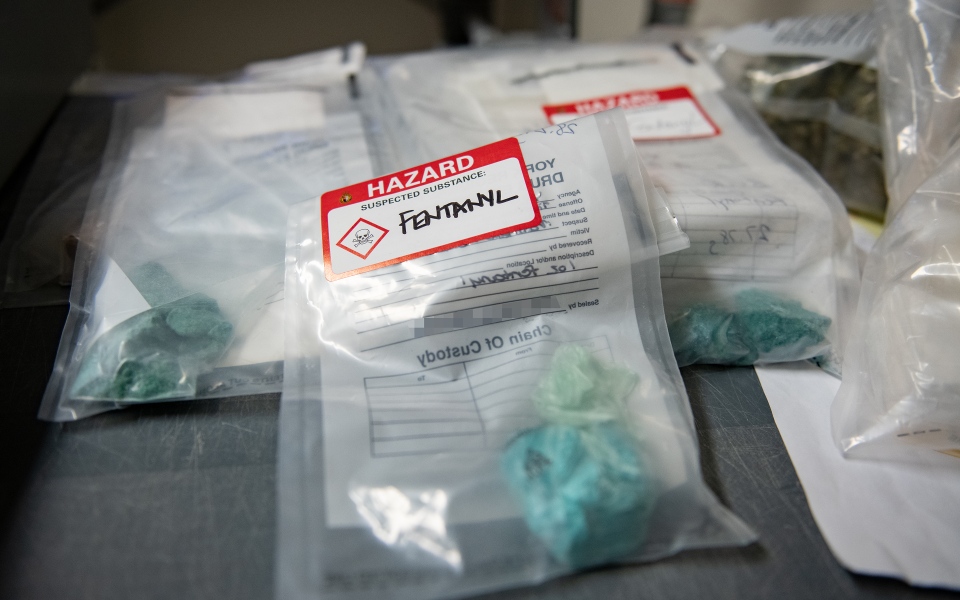 Investigators did not release further details regarding where the drugs and guns were seized, saying only that the gun and drug trade does “not operate within one city.”

“We continue to see the negative impact of criminal networks and the activities they engage in throughout our communities,” OPP Chief Superintendent Paul MacKay said in a video statement.

“They have no regard for the borders between towns cities provinces or even countries, law enforcement continues to conduct borderless investigations with a collective goal of enhancing the public safety within our province, and our country.”

After a year-long investigation into a complex crime group, @YRP and our friends at @TorontoPolice and @OPP dropped the hammer on these dangerous gun and drug traffickers. #HammerTime #ProjectHammer pic.twitter.com/sYeXGUwk4k