TORONTO -- An Ontario cottage country mayor says drivers with American licence plates are being targeted and verbally assaulted by "vigilantes" who don't want them in their region during the COVID-19 pandemic.

The Canada-U.S. border has been closed to non-essential travel since March, leaving Americans with a second residence in Ontario unable to visit their properties. On Tuesday, the Canadian government announced the border closure would be extended until July 21.

Harding said he believes the Americans, or Canada-U.S. dual citizens, currently in the Muskoka region have spent the pandemic at their cottage and arrived before the borders closed.

He says those people are now being targeted while they go about their everyday errands, including one man, with Florida licence plates, who was verbally assaulted at a gas station by a person who demanded he show him his passport.

"He lives here for six to eight months a year," Harding said about the victim. "He is Canadian. His primary residence is here."

Harding said some drivers have even attempted to change their licence plates so they don’t attract unwanted attention from local residents.

"Cars are being keyed if you have American plates," Harding said. "People are becoming vigilantes and you can't do that."

According to Harding, the "unacceptable" behaviour isn’t just limited to people suspected of being American.

"People are thinking of what vehicle they take into Foodland and LCBO," Harding said. "For example, an Oakville BMW licence plate is not a good thing."

"Vehicles have been keyed."

Harding said that other luxury vehicles have been targeted simply because they are expensive.

"It's a joke," Harding said. "I know a lot of locals who drive nice cars." 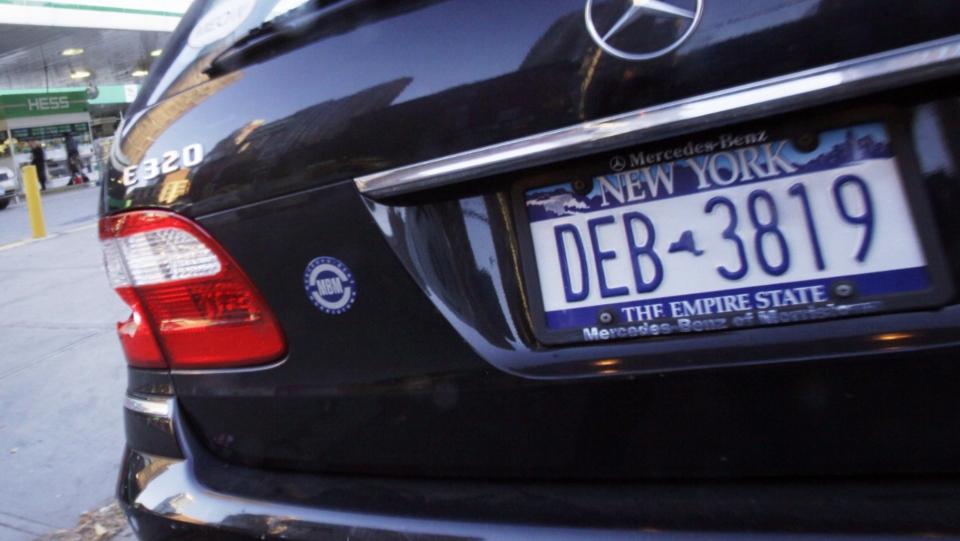 Over the past few months there has been intense debate about whether Ontarians should be allowed to visit their cottages. People with second residences were asked not to travel amid fears of spreading COVID-19 to regions not equipped to handle a large number of cases.

Those restrictions have since eased but Harding said not all permanent residents are ready for cottagers to return.

"It's not acceptable behaviour," Harding said. "It's not the type of Muskoka I would want to represent and it’s not the Canadian way."

Seasonal Residents are welcome in Muskoka Lakes. Please bring food as local services are already stressed. Stay in your home/ cottage & Isolate to stop the spread of #COVID19. Should you get/ feel sick - utilize online self assessment tool & evaluate all health care options

Harding said the issue was discussed at a council meeting on Monday and he is now urging permanent residents to promote inclusiveness.