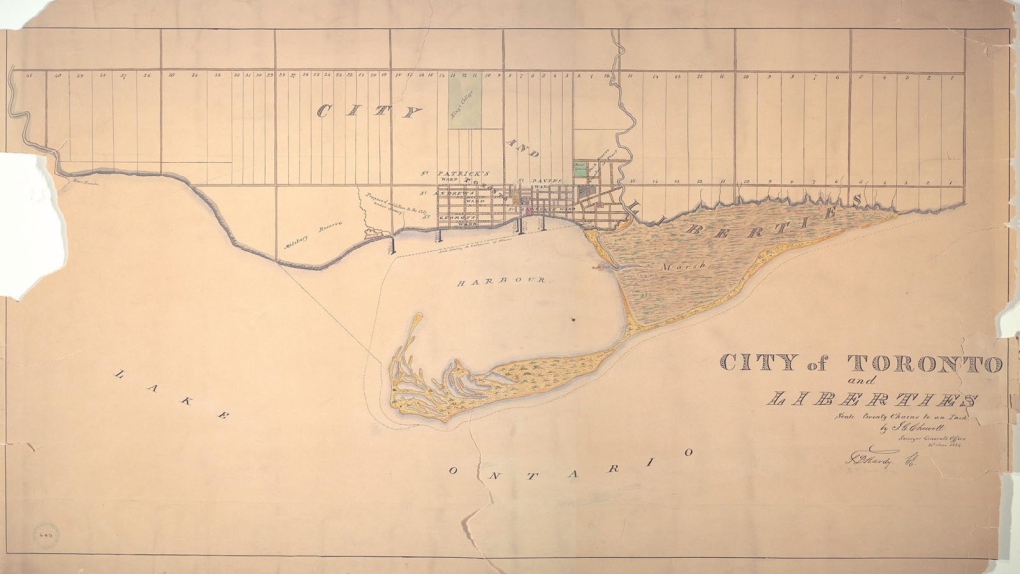 Map of City of Toronto and Liberties, drawn by J.G. Chewett, June 1834.

The City of Toronto was founded in 1834 when the former town York was renamed to distinguish the city from New York.

In honour of 180 years, CTV Toronto looks back on major events in city’s past:

The former town of York is renamed 'Toronto' to distinguish itself from New York. The boundaries are Bathurst Street to the west, Lot Street (now Queen Street) to the north and Parliament Street to the east.

William Gooderham and James Worts Jr. expand their waterfront wind energy business to include the production of alcohol, which quickly becomes the firm's primary focus. (Photo from distilleryheritage.com) 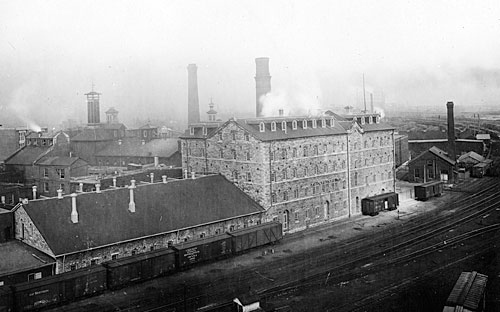 Most streets are left in the dark, but major roadways are lit by gas powered lamps. The city will later switch to electric lights in 1879.

The Toronto, Hamilton and Niagara Electro-Magnetic Telegraph Co, is formed in 1846. The first telegraph message transmitted in Canada is sent from Toronto to Hamilton.

King's College becomes the University of Toronto, and the school begins to distance itself from religion, putting an end to religious tests for staff and students.

The Toronto Islands are formed when a storm disconnects the long, sandy beach from the mainland. Later, in 1973, the federal government will fund the dredging of the gap between the city and the islands to allow for more ship traffic. (Photo from Toronto Archives) 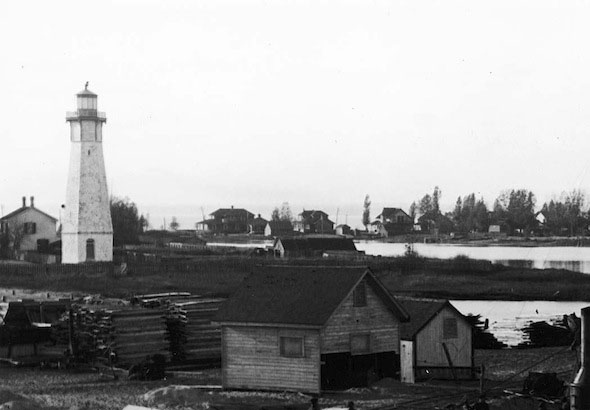 Three British colonies come together as the Dominion of Canada, and split into four provinces: Ontario, Quebec, New Brunswick and Nova Scotia.

Timothy Eaton sets up a small department store on Yonge Street. The first store is only 7.3 m by 18.3 m, with two windows. (Photo from Archives of Ontario 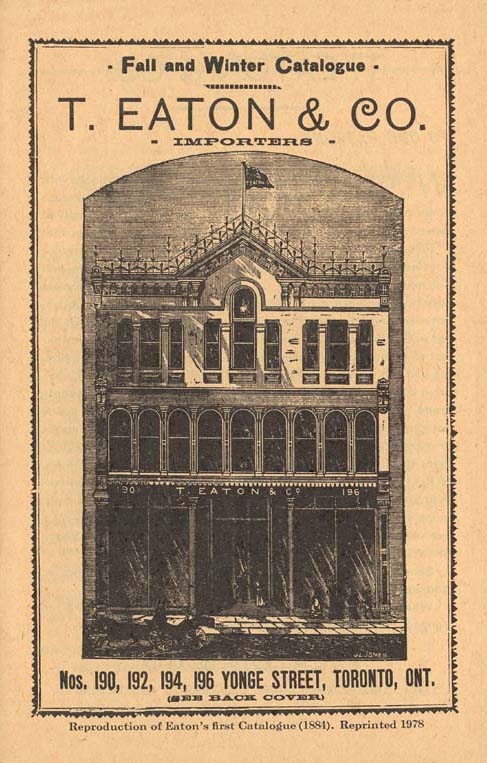 The first Canadian National Exhibition, then called the Toronto Industrial Exhibition, is held on what will become the CNE grounds.

A library established by the York Mechanics’ Institute merges with a collection of books bought by Scottish-Canadian book publisher James Bain. 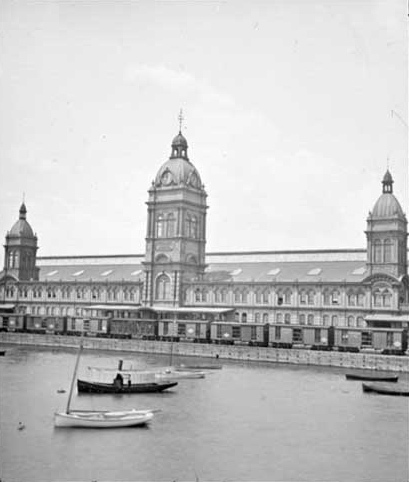 Toronto City Hall opens as one of the largest buildings in the city. It will hold city council until 1966, when a new city hall building will be built.

A major fire destroys a large section of the downtown core, and takes nine hours to put out. Firefighters from as far away as Buffalo come to Toronto to help. The fire destroys 104 buildings, and claims the life of one person. It causes $10.3 million in damage. (Photo from Archives of Ontario, Edwin C. Guillet collection) 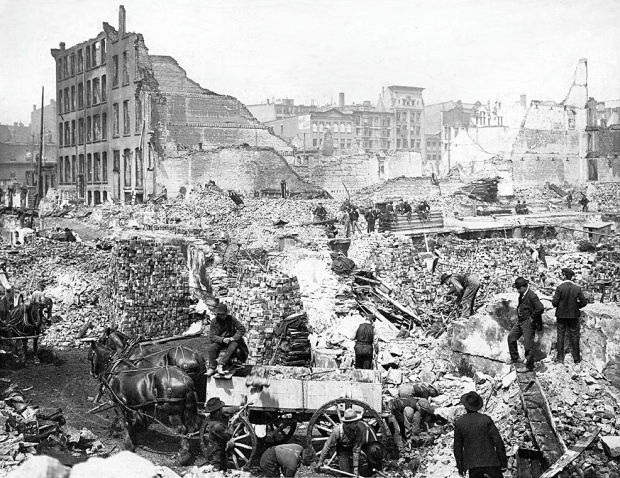 The Toronto Blue Shirts win the Stanley Cup, defeating the Montreal Canadiens. They will later be replaced by the Toronto Hockey Club, which will evolve into the Toronto Maple Leafs.

The Toronto Transportation Commission takes over all transit in the city, amalgamating nine existing systems.

Prince Edward and Prince George, among others, attend a ribbon cutting ceremony. Prince Edward himself cuts the ribbon, using a pair of gold scissors. (Photo from Library and Archives Canada) 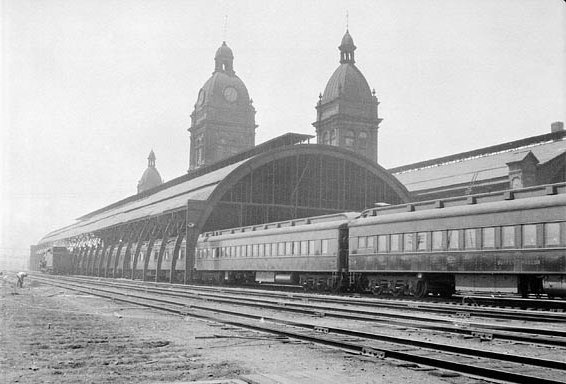 The Toronto Stock Exchange suffers its worst loss in history, plunging the country into the Great Depression.

The downtown hockey arena opens with a game between the Toronto Maple Leafs and the Chicago Blackhawks. The Leafs lose 2-1.

Toronto is hit by its worst storm in history, and 52 centimetres of snow falls in 24 hours.

The SS Noronic, a passenger ship, catches fire at 2:30 a.m. in Toronto's harbour. It is estimated that 118 to 139 people die. (Photo from Toronto Archives) 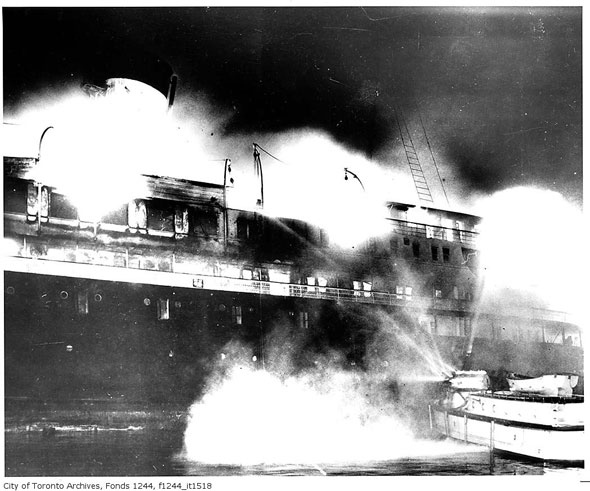 A 7.4-kilometre subway line opens under Yonge Street, using four- and six-car trains that operate at about 32 kilometres per hour.

A total of 81 people are killed when the remnants of hurricane Hazel hit Toronto. The storm is unprecedented.

The CN Tower opens as the tallest freestanding structure in the world. The tower is built so members of the Canadian National Railway could observe the entire railway switching yard. (Photo by Chuck Stoody / THE CANADIAN PRESS) 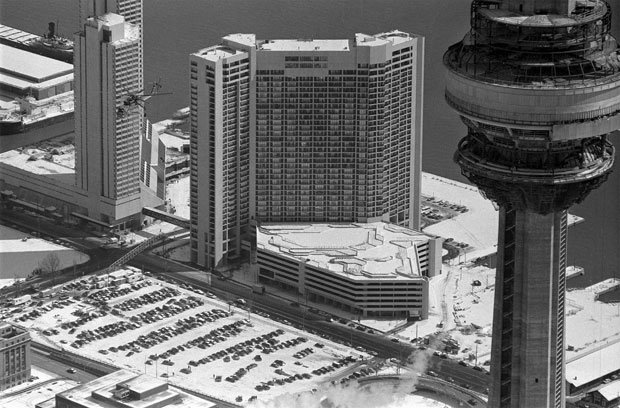 The TTC opens Scarborough’s rapid transit line as an extension of the Yonge subway line.

Canadian authorities arrest five men, and accuse them of ties to a paramilitary organization and plotting to bomb a Hindu temple and Indian theatre in the GTA. The case takes more than 10 years to pass through the court system.

Toronto teenager Jane Creba is killed and six bystanders are wounded in a shooting just blocks from the Toronto Eaton Centre.

The Sunrise Propane facility at Keele Street and Wilson Avenue erupts in fire after a series of explosions. One employee dies and a firefighter dies of a heart attack the next day. (Photo by Angela Deluce / THE CANADIAN PRESS) 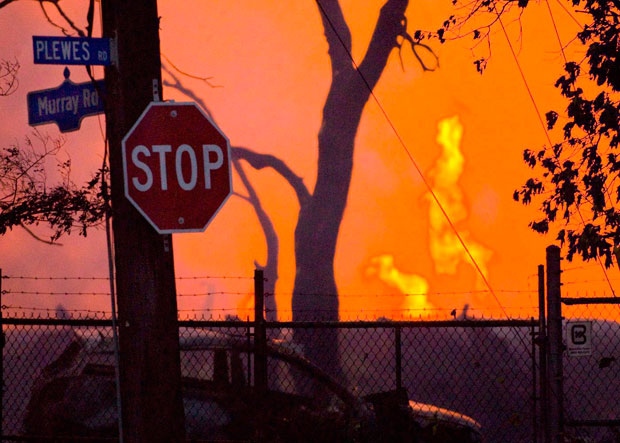 Outside the Metro Toronto Convention Centre, police cause controversy over their handling of security at the G20 Summit hosted in Toronto. Inside the meeting, leaders discuss global financial systems and the world economy.

Toronto Mayor Rob Ford admits to smoking crack cocaine in a 'drunken stupor' after months of speculation about a video appearing to show him smoking the drug.

With files from Toronto Archives, Library and Archives Canada and the Archives of Ontario