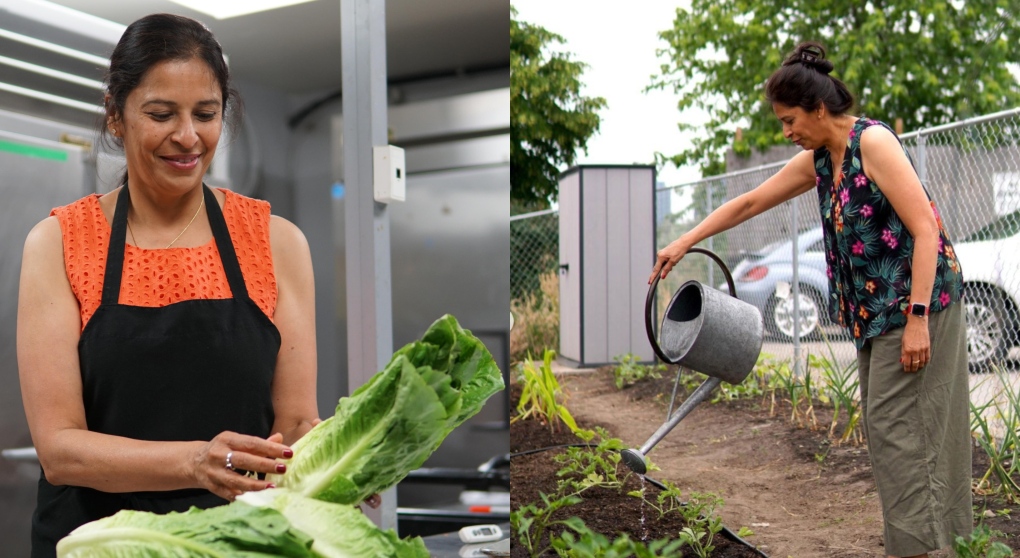 A community food shelter in Scarborough is facing closure after being told they cannot renew their lease.

Forced to relocate, 5n2 is trying to raise the money to stay afloat and continue serving their community.

5n2 founder Seema David started the service in 2013. At first a soup kitchen, 5n2 now grows its own produce, delivers grocery hampers all over the GTA and serves over 3,500 meals each week.

In January 2019, the organization began leasing a space at 2050 Ellesmere Rd, expecting to stay for at least five years. But, their landlord did not extend their lease past the initial three years.

“We'd signed for three years and we were given a verbal confirmation saying that we [could] renew for two years after that,” David told CTV News Toronto Thursday.

The property 5n2 currently operates out of is unique in that it hosts both garden space to grow produce from and a kitchen large enough for them to serve thousands of meals weekly.

David has requested to extend the lease further but was denied.

“[They’re] absolutely not budging,” she said.

CTV News Toronto reached out to 5n2's landlord who confirmed the lease termination but refused comment.

Meanwhile, David has reached out to the City of Toronto for any support available.

“We've spoken to the city, with city staff, with the counsellor’s office and [with] our local Ward 24 Councillor Paul Ainslie,” David said.

"I have been an avid support of Seema David [and] 5n2 Kitchen for many years. I know how essential 5n2 Kitchen is to the community, it is important to ensure they remain in the community and receive financial assistance," Ainslie told CTV News Toronto Thursday.

"The City is currently doing everything it can to secure space for 5n2 Kitchen."

David and her team have had multiple meetings with the City, who have helped them find a subsidized property that could suit their needs.

“It actually works fabulously for us because it's a larger facility. We've already run out of space to have the proper social distancing protocols in place,” David said.

The only problem? While the City has subsidized the new property, 5n2 needs to raise at least $175,000 in order to fit it to their needs. It currently operates as a dance studio and renovations are needed to transform it into a kitchen and garden space.

“Secondly, to get the kitchens up, to get to provisions put in there, the washrooms and everything else will cost us an additional $250,000,” David explained

In addition to being faced with raising hundreds of thousands of dollars, if 5n2 are unable to relocate and continue operations, they stand to lose out on essential government funding.

“The funding we've received from the government all has to be used this year,” David said.

In order to use that funding and receive more, they need somewhere to operate from.

5n2’s has launched a GoFundMe and is also asking businesses and community members to consider signing up for their monthly donation program, which helps them to keep their various community services afloat.

David is also inviting the public to come and see for themselves what 5n2 does on the daily.

“It would be wonderful if people would come in and visit with us and look at what we do,” she said.

“We've not [closed] a single day. Seven days a week. We ran all of last year and this year. It's a lot of hard work.”