This train service from Toronto will bring you right to NYC

This train service from Toronto will bring you right to NYC 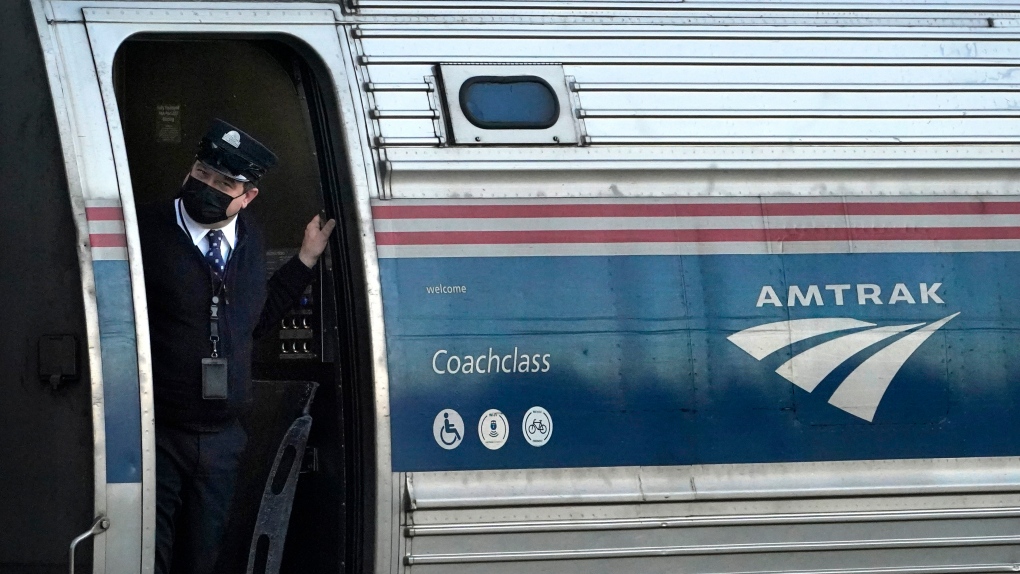 A conductor makes sure all is clear as the Amtrak Downeaster passenger train pulls out of the station, Tuesday, Dec. 14, 2021, in Freeport, Maine.

Those looking to travel south of the border without setting foot in an airport this summer are in luck.

Railroad company Amtrak has announced that its Maple Leaf Train, in conjunction with VIA Rail, is back in business.

That means for the first time since 2020, passengers will be able to hop on to the train at Toronto’s Union Station, as well as a handful of other stations in the GTA, before arriving in New York City’s Penn Station.

“On board the Maple Leaf, customers can experience some of the best views in the country through the beautiful Hudson River Valley, New York’s wine country, and the incredible gorges of the Finger Lakes region, before crossing the US/Canadian border near the dramatic spectacle of Niagara Falls,” Amtrak’s Executive Vice President, Marketing and Revenue and Chief Commercial Officer Roger Harris said in a news release issued Monday. 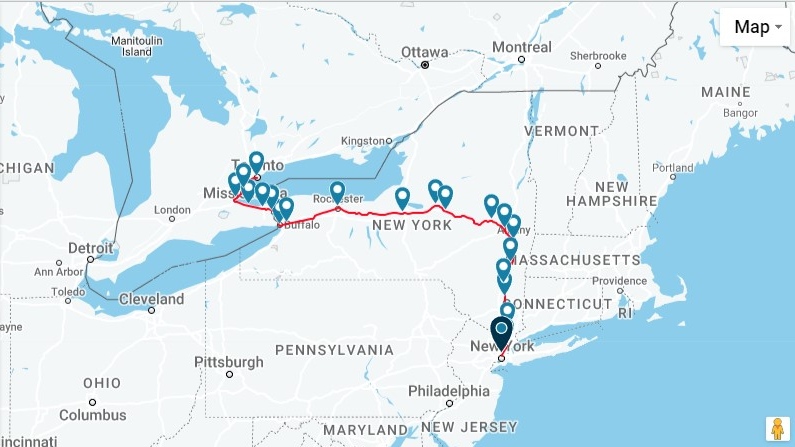 A map of Amtrak's Maple Leaf Train route is seen in this image. (Amtrak.com)

However, there are some rules passengers should be aware of before they make the trip to the Big Apple.

Every passenger must wear a mask onboard the train while on Canadian soil and non-U.S. citizens will need be fully vaccinated against COVID-19 with either a U.S. FDA or WHO-approved vaccine.

On the way back into Canada, all passengers must submit to using the ArriveCAN app and put their masks back on once the train crosses the border.

You can purchase a ticket for the Maple Leaf Train through Amtrak or VIA Rail -- the latter of which said it was “delighted” to be restoring the service between the two countries.

“After two years of pandemic, people are eager to travel again this summer, and the Maple Leaf experience allows passengers on both sides of the border to book a beautiful vacation and travel beyond Toronto on VIA Rail trains that can connect them right across Canada,” Michael Acosta, VIA Rail’s Senior Director, Commercial Affairs, said in a statement.

Tickets are now available with the first U.S.-bound train set to leave Union Station at 8:20 a.m. on June 28.

At the time of publication, a round-trip ticket is priced at approximately $400.

A full list of rules and regulations related to the route can be found here.