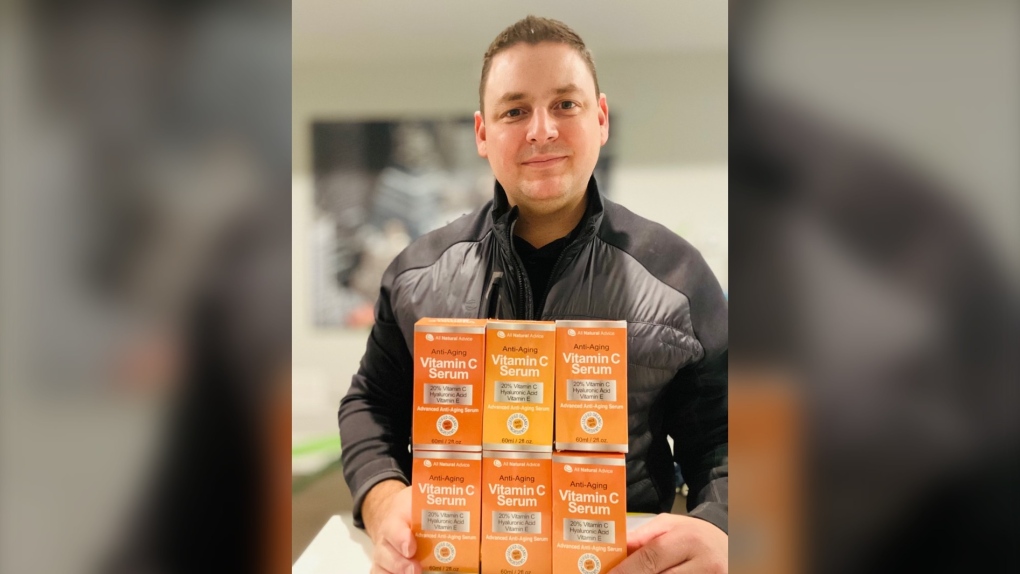 Stephen Aikman worked for the Royal Bank of Canada (RBC) in Toronto’s financial district for decades, but he always knew he wanted to be an entrepreneur.

“I’d been working for RBC at the time for more than 25 years,” Aikman told CTV News Toronto. “A lot of my years were spent working to support commercial and small business.”

While working to support small businesses, Aikman said he realized it was time to act on his own passion and start one himself.

“That has always been sort of a passion for me growing up — being an entrepreneur. I never forgot that and so I wanted to find out, ‘How can I start my own business while still trying not to give up my day job at the same time?’”

So, in 2013, while still working at RBC, Aikman started his own skincare company — All Natural Advice — but, instead of working to get his products on the shelves of retailers, he decided he would stick to selling them online.

This decision, Aikman says, kept his initial costs low and made his products widely accessible — anyone with an internet connection could browse his goods from home.

“I knew I wanted to ... create a brand specific for e-commerce, that I didn't want to go the brick-and-mortar route,” he said. “So, we just focused on e-commerce and one thing I've realized since is how easy it is to get into this space.”

First, Aikman launched his products on the U.S. Amazon marketplace — to which he saw little success.

“I was selling on Amazon.com and wasn't doing great — there was so much competition down there,” he said.

That’s when Aikman decided that, as a Canadian company, he would switch to Amazon.ca, figuring that the Canadian market might not be as saturated and competitive.

After focusing solely on the Canadian e-commerce market, the business grew so steadily that Aikman was able to sell his company for more than $10 million in 2018.

“We've gone from this little skincare company that could barely get off the ground to selling it for more than $10 million in less than five years,” he said.

Aikman attributes a lot of his success to the decision to stick with a local e-commerce model.

“It's an amazing model that you can duplicate in other countries with markets not yet saturated,” he said.

“We've continued to grow and expand — not just in Canada — now, we're number one in Australia and we're a top brand in the U.K., Germany and Italy.”

It’s gone so successfully, Aikman says, that he was able to leave his day job at RBC behind in 2020, focusing solely on continuing to grow All Natural Advice.

Matt Turner, Head of Business Development for Western Canada at Amazon, echoes Aikman’s advice, noting that using platforms like Amazon or Walmart to sell products allows companies to save time, resources and money.

“If you don't have a lot of time to focus on the business side of things — packaging your product, putting labels on and handling returns — Amazon Fulfillment really comes into play and helps give back time to business owners,” Turner told CTV News Toronto.

“Really, time is what is most valuable. It allows business owners to focus on building their brand and continually developing those products,” he said.

When asked if Aikman had any advice for those wanting to start or grow their own business, he said that taking the first leap is always the hardest part, to start small and focus on product quality.

“I would always say start small. Get your feet going. Get your listing up. Get your brand on whatever platform it is, get your few sales on your belt and then it will start to snowball,” he said.

“When you do make that decision to leave your traditional job, I guarantee it will change your world. It’s changed my world and changed my family's world.”

An 18-year-old gunman opened fire Tuesday at a Texas elementary school, killing 14 children, one teacher and injuring others, Gov. Greg Abbott said, and the gunman was dead.

An infectious disease expert believes monkeypox outbreaks can be contained by using a strategy called 'ring vaccination' – which means vaccinating all the close contacts of an infected person.

South Korea says North Korea has fired a ballistic missile toward the sea.