This Toronto bungalow just sold for $461,000 over asking. Here's why it isn't surprising to one real estate agent

TORONTO -- A Toronto bungalow that was on the market for $999,000 just sold for nearly $1.5 million and at least one real estate agent says he's not surprised by the selling price.

The yellow-brick home, located at 191 Leslie Street in the Jones Avenue and Dundas Street area, sold for $1,460,000 this week after being on the market for just five days.

According to the listing for the home, there are two bedrooms on the main floor and two in the basement.

The also home has two bathrooms. It does not have a garage.

Desmond Brown, a Toronto real estate agent and host of the podcast Sold in the 6ix, told CTV News Toronto on Wednesday that homes selling for way above their asking price doesn't surprise him anymore. 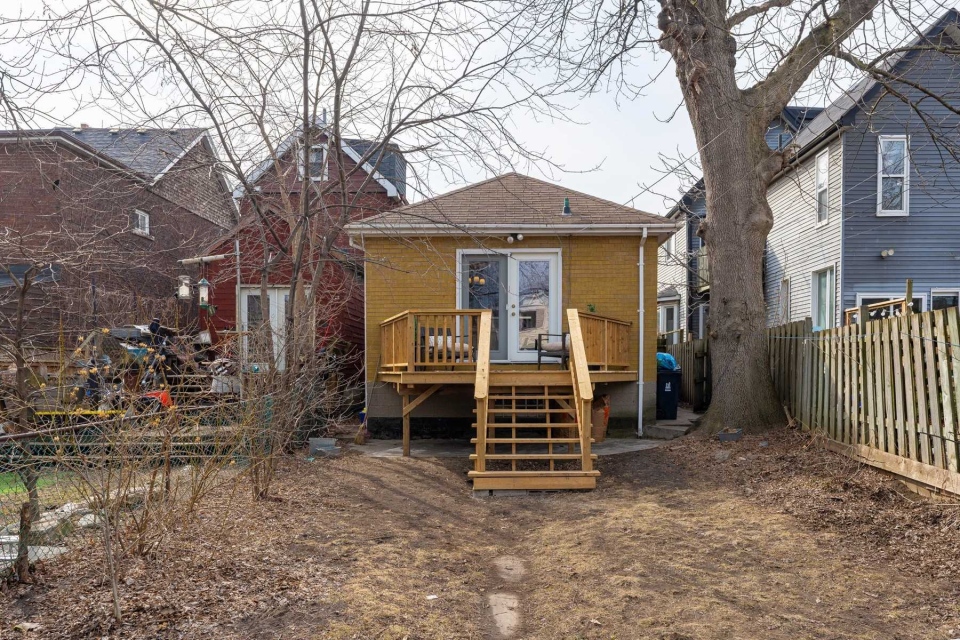 "It's crazy but I'm not surprised," Brown said. "We don't even blink any eye seeing stuff like this now."

"It's a pretty sad state of affairs, isn't it?"

Brown said that the home, which was renovated in the last few years, likely sold for so much because of its "desirable" location, which is just steps away from Queen Street in Leslieville.

He said this home, which was "obviously priced low" to attract more bidders, also has a decent size lot that leaves room for the new buyers to undergo further renovations.

Property taxes for the new buyer will cost $3,718 per year.

The same home, although it was not renovated at the time, sold for just $347,000 in 2007, according to documents obtained by CTV News Toronto.

Brown said he believes the Toronto housing market is "unsustainable" and the rapid growth in prices needs to slow down.

"We need to level it off," he said. "We used to use a rough rule of thumb that house prices would double over a decade but now it's outpacing that philosophy that we had."

The average home in the Toronto-area surpassed $1 million for the first time in history earlier this month, according to the Toronto Region Real Estate Board.

According to the real estate board, low interest rates and a lack of supply is fueling the bidding wars.