This is where there's still Rogers outages in Ontario

This is where there's still Rogers outages in Ontario

Days after the initial Rogers outage ruptured connection to nationwide networks, some residents in Ontario are still in the dark.

While Rogers says it has restored the “vast majority” of its customers' connections, reports of continued internet, phone and TV outages are still being tracked.

An outage map on Is the Service Down? illustrates the areas of the country where outages are still heavily impacting residents. The website tracks outages and issues in real-time on services from internet and phone providers to video streaming sites and messaging apps.

The website cites more than 25,000 outage reports solely in Toronto in the last several days. Of those reports, 51 per cent apply to internet outages while the remaining blackouts apply to phone, TV, Wi-Fi and E-mail.

Following Toronto, over 5,500 outage reports have been filed in Brampton along with over 5,400 reports in Ottawa. Barrie has also been heavily affected with nearly 3,000 recent reports. 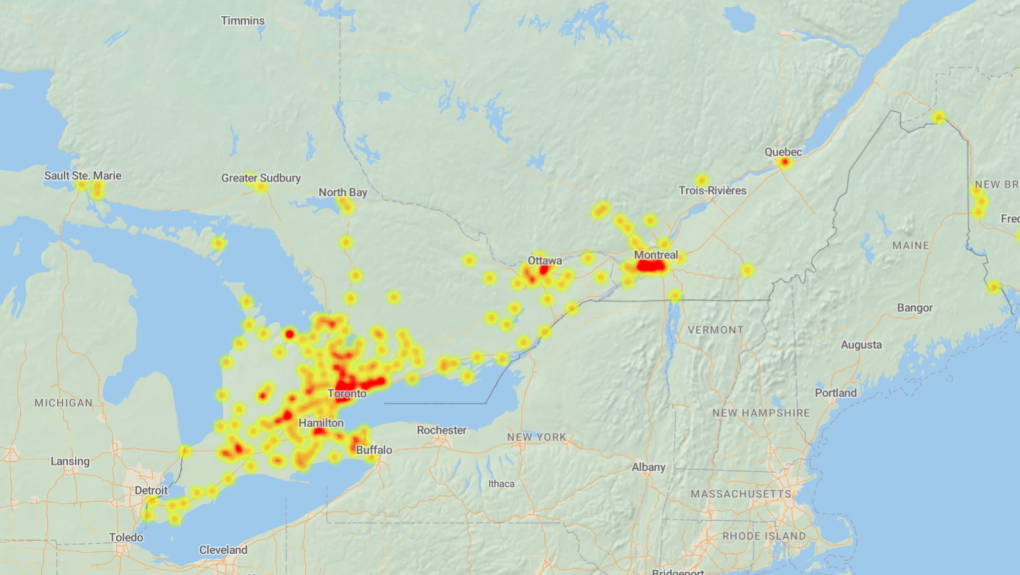 A real-time map shows the areas in Ontario still impacted by the Rogers Outage (Is the Service Down Canada).