'This crisis is far from over': Ontario extends state of emergency until May 12

TORONTO -- Ontario has passed a bill to extend the province's state of emergency until May 12.

The legislature passed the bill to extend the declaration by 28 days in response to the rapid spread of COVID-19 in the province during an emergency session held on Tuesday afternoon at Queen’s Park,

“COVID-19 is the greatest threat that we’ve seen in decades,” Premier Doug Ford said during the session. “It’s an invisible enemy – a deadly enemy.”

“We know this crisis is still far from over. We are still facing a clear and present danger.”

Ford, who received a standing ovation from the limited number of members of provincial parliament present at the session, said the extension allows the province to “keep doing what’s necessary.”

“Ontario will get through this together. Ontario will emerge from this crisis strong than ever before.”

Along with the passing of the emergency act, the MPPs also passed the COVID-19 Support and Protection Act to amend the Education Act, Development Charges Act, Ministry of Training, Colleges and Universities Act, Planning Act and Police Services Act.

Speaking during the emergency session, Official Opposition Leader Andrea Horwath said “the NDP would vote in favour of today’s bill and allow it to pass immediately,” but added that she recognizes that many Ontarians are still facing hardship. 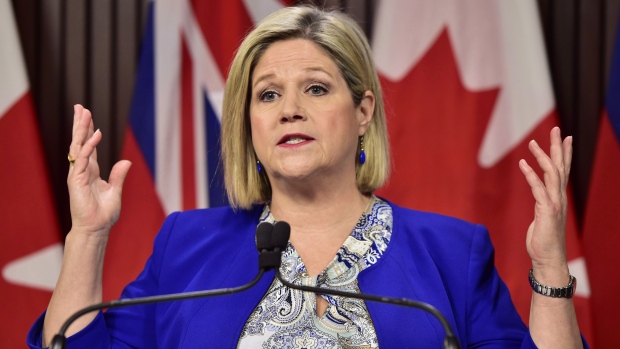 “We all know that a lot of people are watching the bills pile up at home and are looking at a bank balance that won’t pay the rent or the mortgage,” she said. “The federal government support package is of course welcome relief, but it has taken too long to arrive – it’s slow to reach people and it excludes a lot of people and businesses, leaving them to fall right through the cracks. They need the provincial government to catch them.”

Horwath went on to state that she believes “new measures” should have been included in the bill being discussed this afternoon, including financial assistance for those who “fell through the cracks.”

A state of emergency was initially declared in Ontario on March 17. One day before the 14-day order was set to expire, Ford announced an extension for an additional 14 days.

A state of emergency declaration can be extended by no more than 14 days with approval by the Lieutenant Governor, but it requires a vote by the legislature to be extended by 28 days. 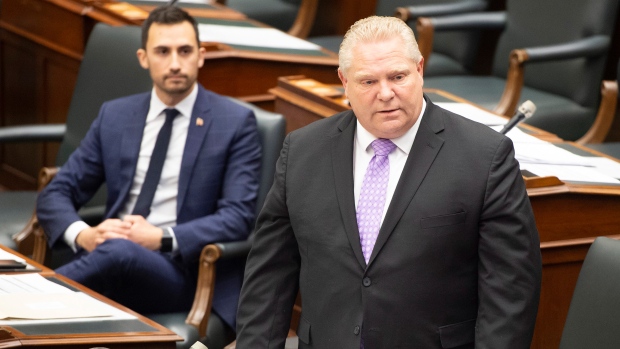 The declaration gives the government the power to enact orders, such as prohibiting travel, establishing emergency shelters and hospitals and closing public and private facilities. It also allows the government to fix prices for necessary goods, services and resources.

Furthermore, the declaration allows Ontario to continue to enforce current emergency orders, such as school closures, non-essential businesses halting operations, and the limiting of gatherings of more than five people.

Ontario schools were scheduled to resume on May 4, but Ford stated on Tuesday that that was no longer the case. He did not provide an exact timeline as to when students will return to the classroom this school year, if at all. As well, the list of essential businesses allowed to remain open in the province is currently in effect until April 23. These items can be extended by the province individually as they do not require legislative approval.

Thus far, Ontario has recorded nearly 8,000 positive cases of the novel coronavirus, including more than 300 deaths.

Following Tuesday’s sitting, the legislature is expected to adjourn until the emergency act is lifted.