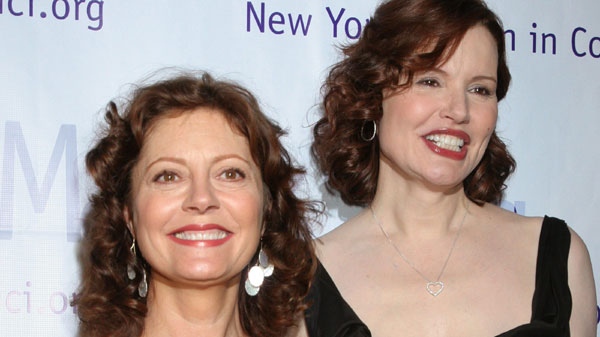 TORONTO - Thelma and Louise are making a road trip to Toronto.

Geena Davis and Susan Sarandon, who played the title characters in the celebrated 1991 film, will participate in an onstage discussion about the movie on June 7.

The evening at Roy Thomson Hall is being billed as "Thelma & Louise: The 20th Anniversary Homecoming."

It will feature reflections by Sarandon and Davis, an onstage interview, clips from the film as well as other movies from the actresses' careers, video memories and behind-the-scenes interviews with people involved in making the film.

"Thelma & Louise," about two women who hit the highway for a mini-vacation that goes awry, was hailed for its portrayal of female friendship. It also launched the career of Brad Pitt.