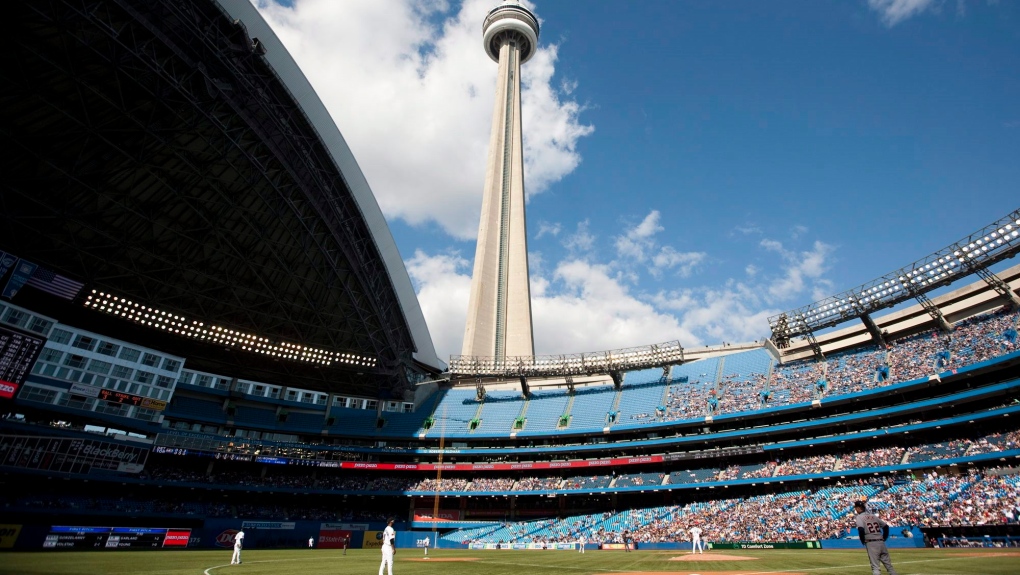 TORONTO -- The Toronto Blue Jays could soon be making their way back home to the Rogers Centre as early as July 30.

The team has submitted an application to the federal government that would see them return to their hometown to play out the rest of the 2021 season, a spokesperson for the Blue Jays told CTV News Toronto on Monday.

“The club has received municipal and provincial support on a return to Toronto this summer, and [has] submitted an application to the federal government for approval,” the spokesperson said.

“That is the final hurdle for us to come home.”

According to Blue Jays front office, the move could come as soon as this month.

Attendance policies and restrictions would be governed by Ontario’s Return-To-Play Framework, as part of the province’s reopening plan.

The Toronto Blue Jays have been displaced from the team’s home field since the pandemic began last March. The Jays had been playing home games at TD Ballpark in Dunedin, Fla., before moving north to Buffalo’s Sahlen Field in June.

On July 30, the Blue Jays are set to begin a 10-game homestand, but have yet to announce a venue for the games against Kansas, Cleveland and Boston.

According to data released on June 25 by the MLB and the players union, 23 of the 30 big-league teams have reached the 85 per cent threshold for full vaccination of Tier 1 individuals, which includes platers, managers, coaches, doctors, trainers and strength and conditioning staff.

At the end of June, the collective full vaccination rate for Tier 1 individuals stood at 85.4 per cent.