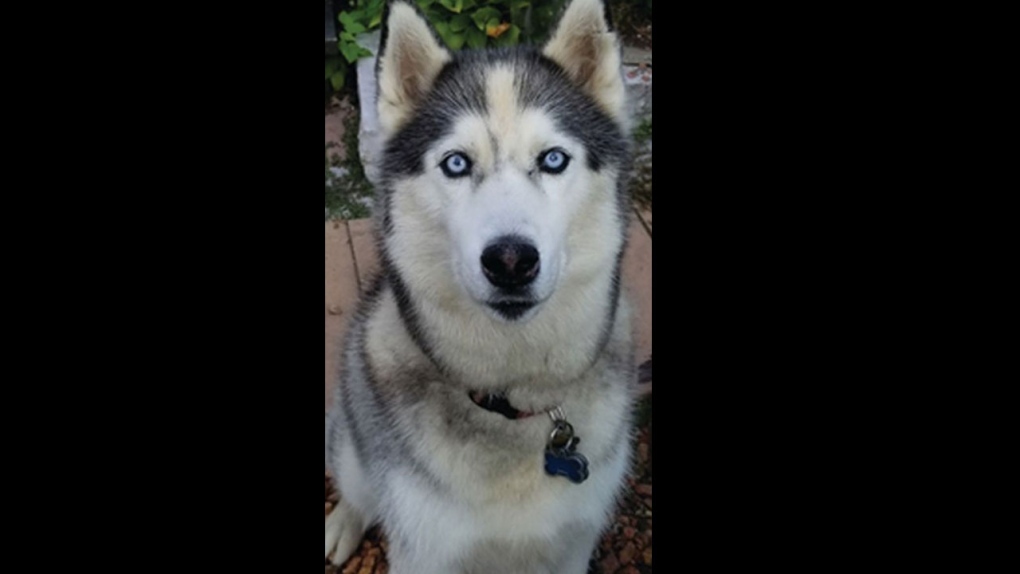 Toronto police is asking for the public’s assistance in locating a dog they say was stolen in the city’s East Danforth neighbourhood on Tuesday.

Charlie, a 10-year-old Siberian husky mix, was tied up outside a store in the area of Amroth and Danforth avenues at around 5:30 p.m.

Investigators said two men and a woman allegedly untied the dog and walked him to a nearby parking lot before fleeing in an unknown direction.

Police have described the first suspect as a white male, who is approximately 30 years old, stands five-foot-10 with tanned skin, light buggy eyes and long hair placed in a ponytail. He is missing some teeth and was last seen wearing narrow track pants.

The second suspect has been described by investigators as a white male, who is also approximately 30 years old, has a heavy build with a round face, pale skin and brown hair. He was last seen wearing heavy-rimmed glasses.

Officers described the third suspect as a white female, who is also about 30 years old, has a short build and brown hair in a ponytail. She was seen pulling a metal shopping cart with a floral print on the inside at the time of the alleged incident.

Images of the three suspects captured by a surveillance camera in the area have been released by investigators.

Police said they are concerned for Charlie’s safety.