A Toronto girl’s lemonade-stand fundraiser to help find a cure for her brother’s rare neurological illness served some famous customers on Sunday when two actors in the upcoming movie ‘Suicide Squad’ visited the charity event.

Actors Jai Courtney and Margot Robbie, who were both in Toronto to shoot the superhero action film, said they couldn’t miss the opportunity to support five-year-old Na’ama Uzan when they heard about her cause. 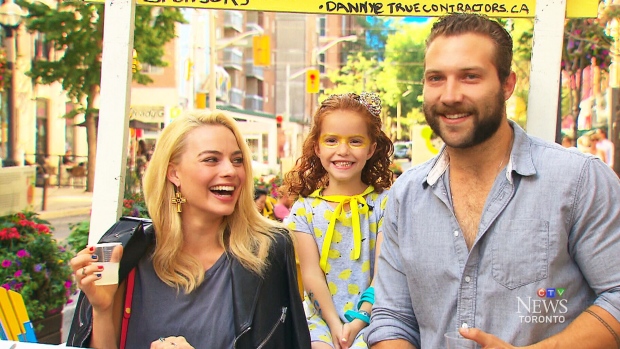 “I heard about Na’ama’s story and what she’s doing for her brother Nadav,” Courtney told CTV Toronto at the lemonade stand on John Street. “There’s no act too small when you’re talking about making a difference.”

Na’ama’s older brother, Nadav, suffers from Angelman Syndrome, a rare congenital disorder caused by genetic malformations. The disability makes it difficult for the seven-year-old to walk or speak, and he has frequent seizures.

Determined to help her brother, Na’ama opened the lemonade stand in 2014 to raise money for the Foundation for Angelman Syndrome Therapeutics (FAST).

Na’ama said she hopes her efforts will mean that one day “all the Angelman kids will be able to talk and not have seizures and epilepsy.” 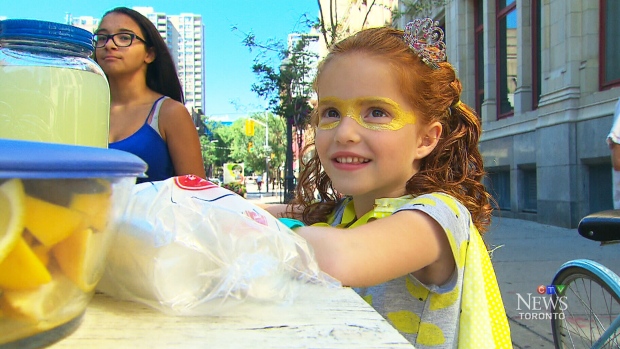 The celebrities said they were impressed by Na’ama’s work, especially considering her age.

“I used to do little stands like this when I was little and I’d just spend the profits on lollies at the corner store,” said Robbie. “I’m glad she’s doing something far more noble with the cause.”

“Everything is…getting a little bit better one step at a time,” Uzan said. “Every step is so meaningful to his quality of life.”

So far, Na’ama has raised more than $64,000 for FAST. Several clinical trials are in place thanks to her fundraising and a research chair in her name has been dedicated to finding a cure for Angelman Syndrome.

The illness affects approximately one in 15,000 Canadians.

With a report from CTV Toronto’s Heather Wright