Students and parents worry about the ramifications of CUPE school Strikes

Some 55,000 education workers began a work-to-rule campaign last week, and the Canadian Union of Public Employees (CUPE), which represents them, announced that they will all walk off the job Monday if a deal isn’t reached with the provincial government.

A strike would mean the cancellation of classes — and extracurricular programs —from more than a dozen Ontario school boards.

This would include the suspension of programs like sports, which members of the Northern Secondary School’s Red Knights football team, and defending city champions, say would be “heartbreaking.”

“That would be really sad if we weren’t given the chance to win again like we did last year. We all want a chance to repeat,” defensive end Carson Strutt said, speaking to CTV News Toronto. 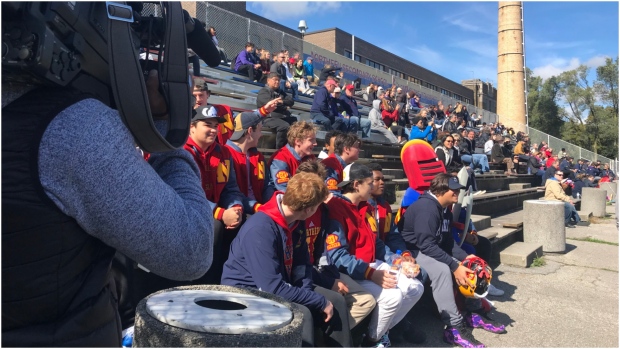 And as team captain Ahmad Pottinger explained, there is more on the line than just a city title.

He and several other teammates are hoping for partial university scholarships.

“It would mess up my university chances if I can’t play football for an entire season,” Pottinger said.

Receiver Colin MacLaughlin agreed saying “we got a lot of guys that think they can play at the next level, and the coaches believe we can get to the next level. But we need a season for that to happen.”

On Saturday, the Ontario government and CUPE returned to the negotiating table, but the situation is causing both students and their parents a lot of anxiety.

“I’m really concerned because it’s important for the kids to have these programs. And academically, they need to be learning in the classrooms,” said Chor Lam, who was watching her son play Saturday.

John Williston, a Red Knights’ alumnus, whose own son plays for the team, added, “The only people that get hurt are the kids, and it puts them behind academically, and they don’t have the sports to keep them involved and keep them out of trouble.” 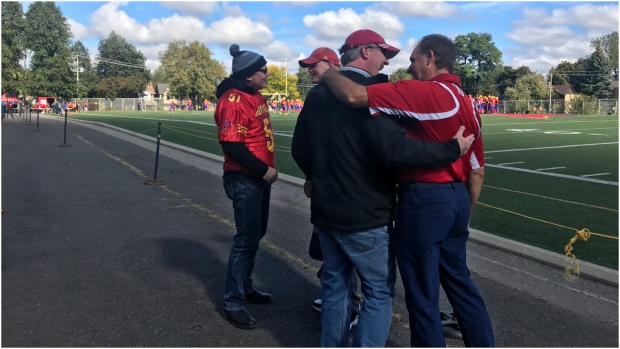 While parents at Northern Secondary School worried about lost opportunities, parents of younger children told CTV News Toronto they were most worried about child-care.

Mom Amanda Principe said she has no idea what she will do with her daughter, who is in junior kindergarten if there is a strike. “We don’t know. It’s going to be a hard time for us," she said.

Still, some parents say they sympathize with the education workers, who have been without a contract since August 31st.

“They look out for my kids when they’re at school, so I gotta support them now,” said mom Nancy Fagen.

The last time classes were cancelled across the province was in 1997.

At that time, 126,000 teachers from the public and Catholic school boards walked off the job for two weeks. The teachers were protesting large-scale changes to the education system that were proposed by then-Premier Mike Harris. About 5,000 schools shut down, and more than two million students were impacted.