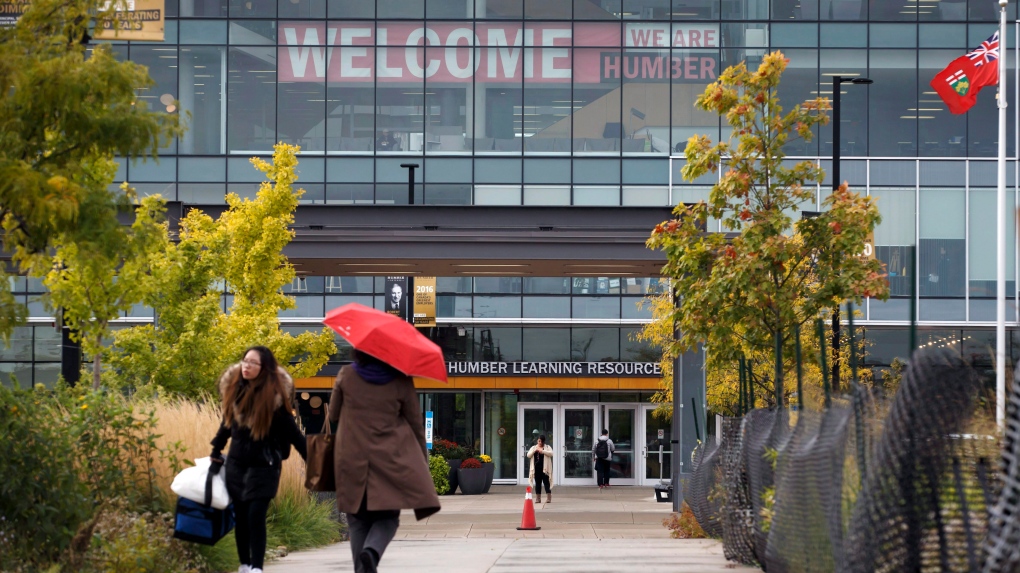 Ontario's public colleges and the union representing 16,000 faculty members agreed Thursday to enter binding interest arbitration, averting a strike that would have affected hundreds of thousands of college students.

"The parties have reached an agreement to enter binding interest arbitration and the strike that was scheduled to commence at 12:01 am on March 18, 2022, is called off," the two parties said in a joint statement.

Also, they said that all work-to-rule activities, which began in December, will conclude as a result of the agreement.

Binding interest arbitration allows a neutral third party to find a compromise solution on outstanding issues, which is different from binding arbitration, where the auditor can only choose from offers submitted by the union and the employer.

The parties have reached an agreement to enter binding interest arbitration and the strike that was scheduled to commence at 12:01 am on March 18, 2022, is called off.
This also concludes all work-to-rule strike activities. pic.twitter.com/ab9966pVXh

"We are pleased to advise that after 12 hours at the bargaining table, the parties have agreed to unconditional interest arbitration on both parties' outstanding issues. Hearing dates mutually convenient to the parties will be scheduled soon," Dr. Laurie Rancourt, the chair of the CEC bargaining team, said in a separate statement.

"We remain committed to putting students and their education first."

Contract talks resumed Thursday after the union delivered an ultimatum earlier this week, announcing that they plan to walk off the job on Friday.

Workload issues and protections for contract staff are among the key issues that have prevented the two parties, which have been in talks since July, from reaching a new collective bargaining agreement.

College faculty have been without a collective agreement since Sept. 30.