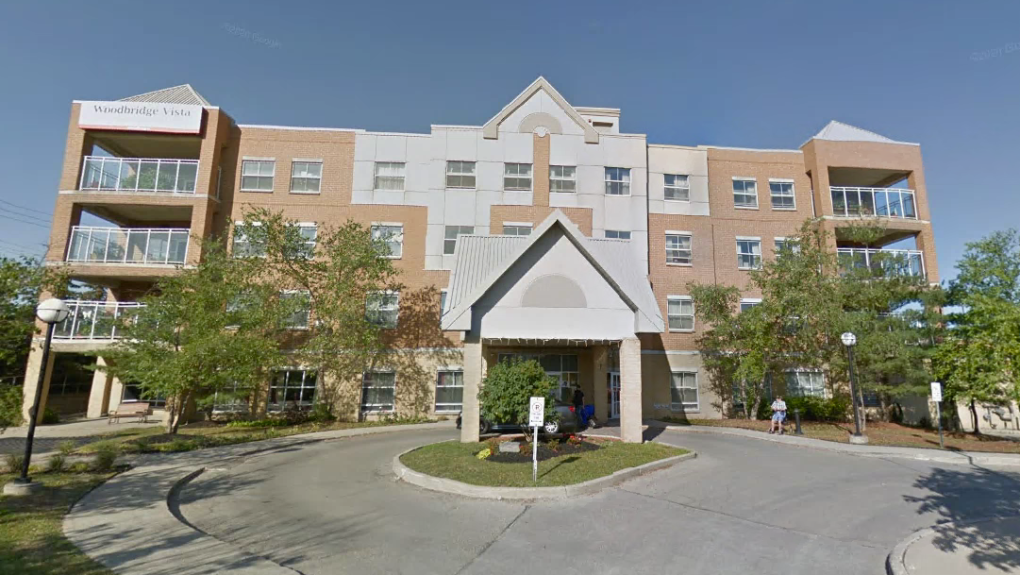 TORONTO -- A $15 million class-action lawsuit alleges that an Ontario nursing home failed to protect residents during the COVID-19 pandemic, claiming that “inadequate preventative and responsive measures” led to staff shortages, neglect and contributed to the mass spread of the disease.

The class action was issued on Monday by Thomson Rogers against Sienna Senior Living Inc., who owns and operates Woodbridge Vista Care Community in Vaughan, Ont., on behalf of residents and their families.

According to the lawsuit, an outbreak was declared at the Ontario facility on May 7, two days after all residents were swabbed for COVID-19.

At least 23 residents have died after contracting the novel coronavirus and more than 100 residents at the 244-bed facility have tested positive for the disease.

The lawsuit alleges that a staffing shortage at Woodbridge Vista Care Community meant that residents did not receive the care they needed, causing “victims to suffer dehydration, malnutrition and other related physical ailments resulting in hospitalization and/or death.”

CTV News Toronto has asked Sienna Senior Living Inc. for a response to the allegations, but has not heard back.

The class-action provides a long list of examples where they believe staff were negligent and breached their contracts.

Here are some of the more serious accusations against Woodbridge Vista Care Community:

“Despite its awareness of this dire situation the Defendants made no effort to seek help prior to the government assuming control of Sienna,” the lawsuit claims.

Resident who died had bruising on knees and elbows, family alleges

Carmela Colalillo moved into Woodbridge Vista Care Community in December 2017 and suffers from dementia. She is non-verbal. The lawsuit alleges that she died at the long-term care home “as a result of COVID-19 and/or neglect.”

According to the Colallillo’s daughter Lucia Fracassi, who is listed as a plaintiff in the lawsuit, the family was told that two staff members and two residents had tested positive for COVID-19 in early May. In the lawsuit, the family alleges that one of the staff members had worked two night shifts after being swabbed for COVID-19 without knowing the results of the test.

Colalillo was diagnosed with pneumonia on May 15, the lawsuit says.

“Over the next few days, Mrs. Colalillo’s health began to significantly deteriorate, however the family was not provided with any information from the staff at Woodbridge.”

On May 25, the family was told that Colalillo was suffering from a fever, inconsistent oxygen levels and laboured breathing. Around 10 a.m. that day, Colalillo’s daughter and her husband were allowed to enter the facility to say their final goodbyes. She died hours later.

“Lucia and Frank observed Mrs. Colalillo in her bed wearing only a pajama top and her diaper. Mrs. Colalillo appeared frail and malnourished and had lost more weight. Her lips were dry and chapped and she had bruising on her knees and elbows. Mrs. Colalillo’s left hand was also swollen,” the lawsuit says.

“In addition, Mrs. Colalillo was sweating and the temperature in the room was hot. Lucia and Frank noticed that there were no fans or air conditioning on in Mrs. Colalillo’s room or in the hallways. Mrs. Colalillo was observed to be dehydrated and was hooked up to two intravenous fluid bottles.”

The family alleges that there were “blood and feces stains” on Colallilo’s pillowcase and bed sheets, and that the floor was sticky.

The Chief’s Coroner’s Office is conducting an investigation into Colalillo’s death.

Residents transported to hospitals outside York

On May 30, 18 residents were transported to hospitals outside York Region after the operator of the home said the level of care "exceeded" what could be provided at the facility.

Sienna Senior Living said at the time that the decision to transfer the residents to area hospitals was made because long-term care is not acute care, which she said those residents needed.

Carmela Bilotta was one of those residents and her son, John Bilottais, is mentioned as one of the plaintiffs in the class-action lawsuit.

Carmela Bilotta began suffering from a fever and cough on May 16 and later tested positive for COVID-19. While the family was repeatedly told that she was doing fine, they later learned that she “was weak, had lost weight and could no longer stand or walk unassisted.”

She was transported to Oakville Trafalgar Memorial Hospital in serious condition on May 30.

“Mrs. Bilotta’s family was advised that she arrived at the hospital in a soiled diaper and with a large bruise on her chest. While at hospital, Mrs. Bilotta was also diagnosed with a urinary tract infection that had been untreated.”

At the time the lawsuit was filed, Carmela Bilotta was still in the hospital receiving treatment.

In June, members of the Canadian Armed Forces were deployed to the home to do an assessment.

This is the second class action issued by Thomas Rogers against Sienna Senior Living Inc.

On June 1, the law firm alleged that the outbreak at Altamont Care Community in Toronto was caused by severe under-staffing, a lack of personal protective equipment and the failure to separate infected and non-infected residents.

Following the lawsuit a number of high-level executives at Sienna Senior Living Inc. have left their positions.

The first was vice-president of operations Joanne Dykeman, who was dismissed from her job after allegedly mocking families of Woodbridge Vista Care Community residents during a virtual meeting.

The next week, Lois Cormack, the president and chief executive officer of the company, resigned. She said in a statement that she was stepping down for personal reasons.