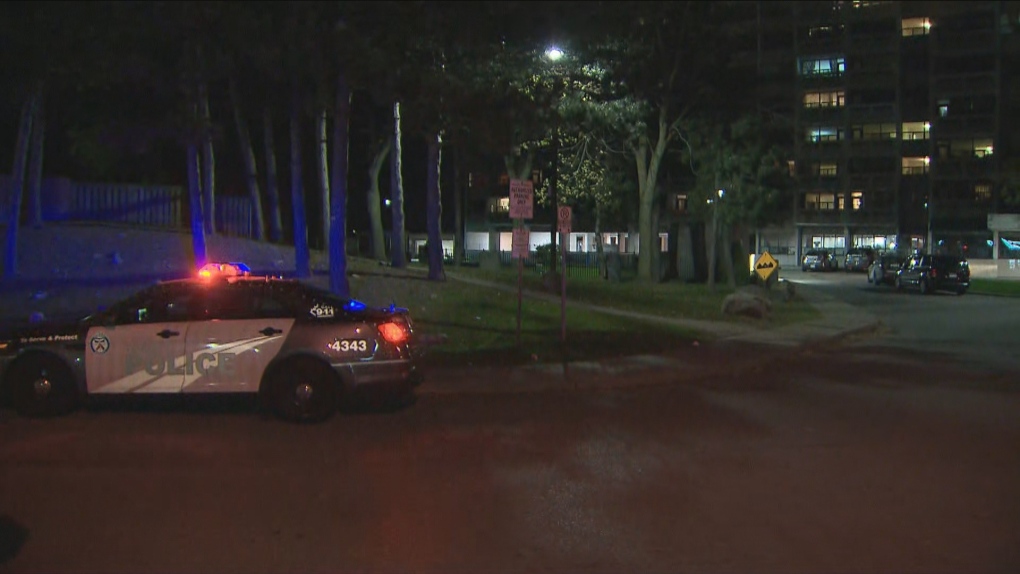 A woman is in hospital after a stabbing near Kingston and Galloway Roads. (CTV News Toronto)

A woman has been seriously injured after a stabbing in Scarborough.

Emergency crews were called to an apartment in the area of Kingston and Galloway Roads, before 9:30 p.m. for a stabbing.

Toronto paramedics said they have rushed a woman in her 30s to a hospital with serious but non-life-threatening condition.

No suspect description has been released but police said the suspect is known to the victim.