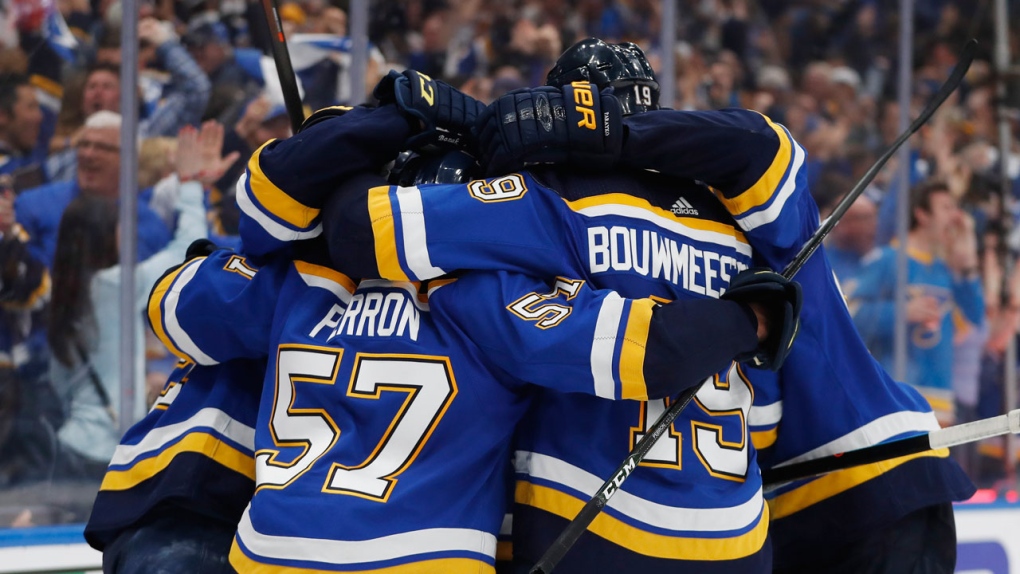 Hockey fans lined up to witness the donation of the 2019 St. Louis Blues Stanley Cup championship ring to the Hockey Hall of Fame in Toronto Tuesday.

The championship ring, donated by the St. Louis Blues organization, will be added to the Stanley Cup display at the hockey museum in downtown Toronto.

“We are honored to donate this Stanley Cup championship ring to the Hockey Hall of Fame,” Tom Stillman, the St. Louis Blues chairman, said.

“We are pleased that, through this ring and other artifacts, the amazing story of the Blues’ 2019 victory will live on in the Hockey Hall of Fame.”

Every member of the St. Louis Blues team took part in the presentation Tuesday, which was a “thrilling” moment for diehard fans like Kim Meyerhoff.

“[It’s] very exciting, we don’t always get this opportunity,” she told CTV News Toronto. “I had to see the ring up close.... that is something we have not seen yet.”

Meyerhoff’s friend, Paul Turnbull, said he came along with her to catch a glimpse of the ring and the players. A special area was set up for fans inside the TSN theatre at the Hockey Hall of Fame.

“This is amazing,” he told CTV News Toronto. “We have been season ticket holders for years. There have been a lot of ups and downs and some bad years, but this is great.”

The Blues' winning ring, crafted in 14-karat white and yellow gold, will be added to a special display at the museum.