TORONTO -- An Ontario senior says he has been dubbed "The Squirrel Man" by his dealership after the pesky animal damaged his SUV for the third time in just over a year causing thousands of dollars in repairs.

"The first time it happened they told me mice or squirrels have been at the wiring and chewed it all up and there is nothing we can do but replace the entire harness," Newcastle man Malcolm Reeve told CTV News Toronto.

Beryl Reeve said when it happened the third time she couldn’t believe it. "When we lifted that hood and saw the damage again I got in the car and cried," she said.

The Reeves are currently without their SUV as they have had to wait almost two weeks for parts to arrive. 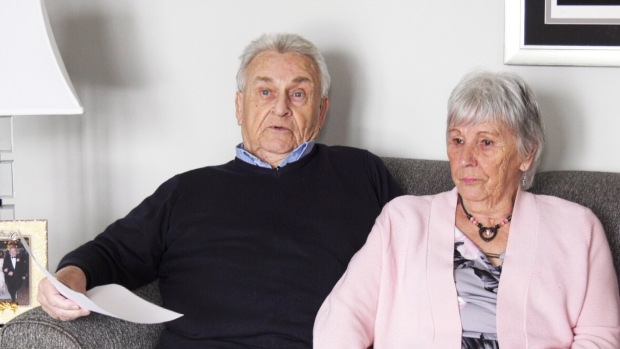 "The car right now is being repaired at the dealership for the third time," Malcom Reeves said.

There have been some issues with rodents chewing wires on other makes and models of vehicles as well. Class action lawsuits were filed against Toyota and Honda claiming vehicles were defective because soy based materials that were being used were attractive to rodents. However, in 2018 both lawsuits were eventually dismissed.

CTV News Toronto reached out to Ford Of Canada. Lauren More, Vice President of Communications for Ford told said "Soy-based materials are not used for wiring or wiring casings in Ford vehicles."

The Reeves say they still need answers as to why squirrels keep damaging their vehicle.

"We live in an environment with plenty of cars but for some reason they keep targeting ours and I would like to know why," Beryl Reeve said.

The Reeves have tried online remedies to stop the squirrels such as using fabric sheets, moth balls and even wolf urine but nothing has worked. They are concerned once their vehicle is repaired, it could happen again.

It's a good idea to pop the hood occasionally to check for signs of mice or squirrel damage. There is anti-rodent tape you can buy that's treated with hot chilli peppers to try to stop rodents from chewing wires. You can also use wire mesh to plug any holes where they might get in.