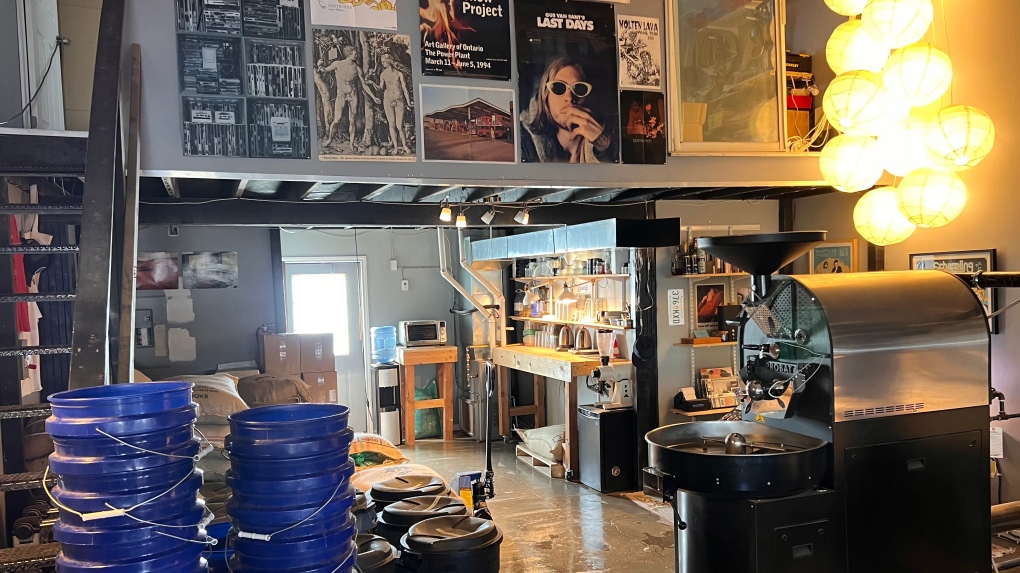 Writing a dissertation on meme culture may seem like an obscure path to becoming the coffee roaster for 30 cafes across Canada. But for the owner of Quietly Coffee, that’s what happened.

While pursuing a doctorate in cinema and media at York University, he often strolled over to Sam James Coffee Bar on Harbord Street for a break.

Instead of popping in and out for a cup of caffeine, he found himself hanging around the shop, asking questions about coffee.

“It was one of those things where it is such an intense sensory experience, but it's also so simple. You know, like really great food when it has three ingredients and it's just executed perfectly. It has this kind of clarity and tells the story,” he said.

Eventually, Sam James offered him a shift once a week to learn about the mechanics and chemistry of brewing coffee. Soon, one shift turned into a few a week.

“I came home and my partner, they were like, you're so much happier after an eight hour shift than you are just sitting on your computer. And they were like, just maybe think about that, just consider that,” Knuttila said.

And, he did. After completing his doctorate, he left academia and started managing Sam James’ Harbord location, which led to a position as their head roaster. 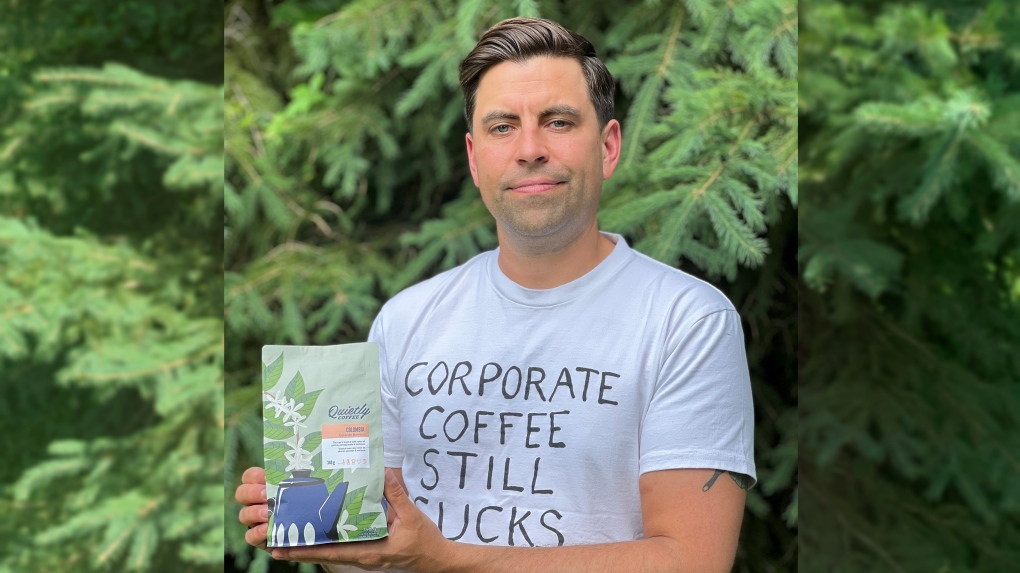 (Quietly Coffee)
After half a decade, Knuttila decided to take another leap in early 2019.

“I'll just move to the countryside, I'll kind of get away from competition, just slowly focus on the coffee, and I'm going to roast every batch and only buy coffees I want to drink and just that's the experiment and if I fail, I fail.”

“My love of coffee is really about telling that story of the producers because I think that's what's amazing about coffee,” he said. “You'll have an entire sensory experience, you'll have your personal memories, but you'll also have all of the kind of elements of the cup, you'll get the soil, the approach to processing, and all that kind of comes through.”

As an example, he pointed to a third generation farmer he works with in Columbia who is evolving their approach, growing fruity varietals with a tropical acidity that lands somewhere between pineapple and papaya.

When it comes to the next step for Quietly, growth is on the horizon. Just a couple years into the business, Knuttila is buying a bigger roaster, which will require a larger space in the coming months.

(Quietly Coffee)
Further down the line, he also has a dream of creating a coffee spot that functions like an ice cream shop.

“Like the board of an ice cream shop, and the window that you walk up to,” Knuttila said. “You walk up and the same way you’re like, I like strawberry ice cream, you can go from flavour or origin or producer and do that.”