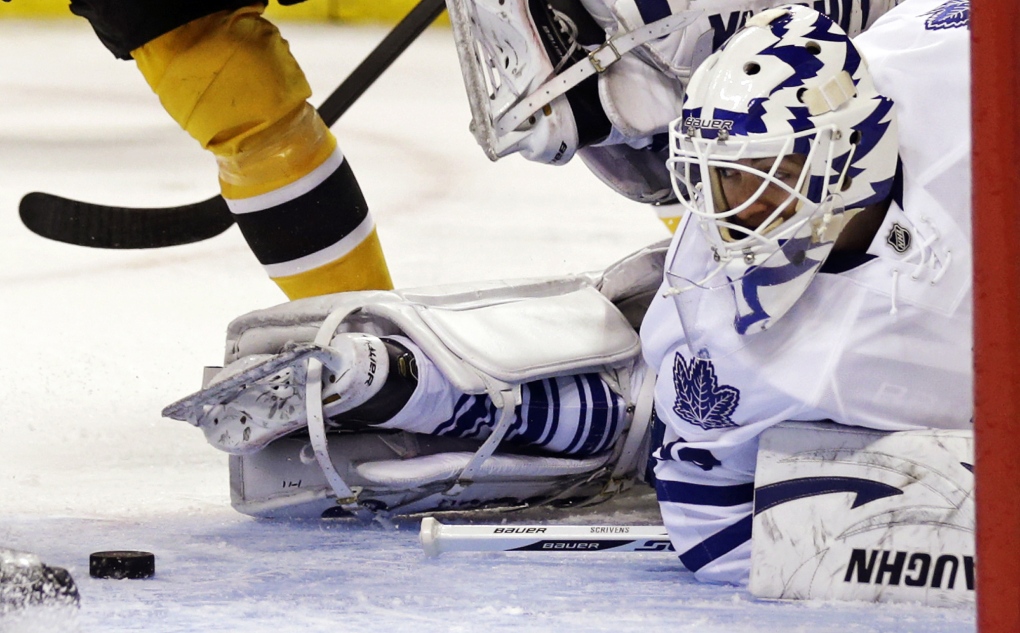 Toronto Maple Leafs goalie Ben Scrivens twists as he looks back at the puck before making a save against the Boston Bruins during the second period of an NHL hockey game in Boston on Thursday, March 7, 2013. (AP Photo/Charles Krupa)

BOSTON -- Tyler Seguin had two goals and an assist and Patrice Bergeron had one of each on Thursday night to lead the Boston Bruins to a 4-2 victory over the Toronto Maple Leafs.

Anton Khudobin stopped 25 shots for Boston, which blew leads in each of its previous two games and lost both.

David Krejci also scored for Boston, and Brad Marchand had a pair of assists. With the win, the Bruins moved three points ahead of Toronto in the Northeast Division while remaining one point behind first-place Montreal.

Nazem Kadri and Jay McClement scored for the Leafs, and Ben Scrivens made 21 saves for Toronto.