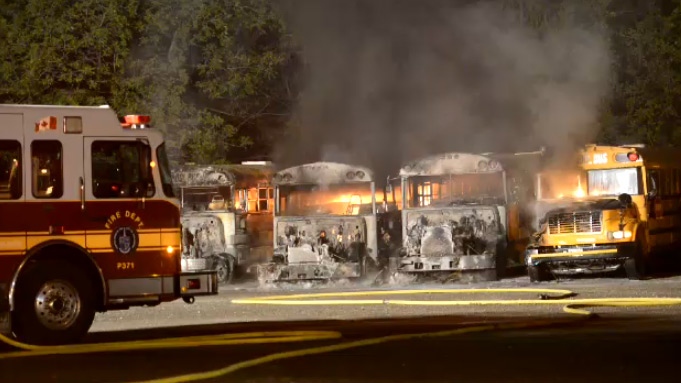 A firetruck is parked near a row of school buses during a fire in Burlington early Monday, June 1, 2015.

Police are investigating after a fire tore through a school bus yard southwest of Toronto overnight.

When emergency crews arrived at the scene, four school buses were fully engulfed in flames, and the fire had spread to a fifth.

Halton Regional Police said no one was injured, but the buses were destroyed by the fire.

Crews were able to prevent the fire from spreading to other buses parked in the yard.

A statement from the City of Burlington estimated that the blaze caused $400,000 worth of damage.

Officers told reporters on scene that they have not yet determined whether the cause of the fire is suspicious. It is still under investigation.