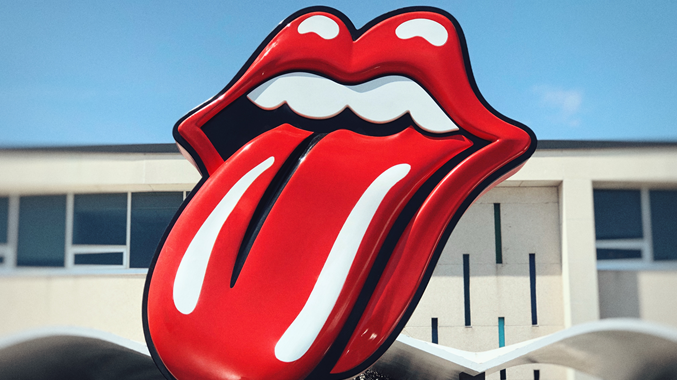 A Rolling Stones promotional display for their upcoming ‘No Filter’ tour is seen in Toronto on Friday, May 17, 2019. (Chris Broadley / CTV Toronto)

A long-time Rolling Stones super fan who owns a Stones-themed tribute bar in Toronto is breathing a sigh of relief, after hearing that Mick Jagger’s well enough to return to the stage.

Jagger’s recent heart surgery which subsequently postponed the 2019 “No Filter” tour had Jerry Stone, owner of Stones Place on Queen Street West, afraid he wouldn’t get another chance to see the band perform.

“For me, being a fan and seeing them for the first time in 1965 to now, I gotta make sure I see them -- I was afraid of Mick not coming back on,” Stone said.

Stone started collecting memorabilia in 1965, eventually accumulating a huge amount of swag over the years. When he bought his bar in 2000, he realized it was the perfect place to display his collection.

“Let me get rid of this stuff, hang it on the wall and let people enjoy it themselves,” he remembered thinking.

Stone became good friends with the band after meeting them in 1997, and started travelling with them all over.

“It’s made my life from a collector to, wow, I can talk to them, get a hug, walk through security, they all know me,” he said. “That privilege and just being there with them at the concerts and dressing rooms … its phenomenal, I mean super rock stars can’t even get in you know.”

Earlier Friday, Jagger posted a twitter video of him dancing, rehearsing his “moves” for the upcoming tour, appearing healthy and unfazed from his recent heart surgery.

His heart issue forced changes to the band’s touring schedule, with one exception: their lone Canadian stop in Burl’s Creek, Ont., 30 kilometers north of Barrie. The concert there is still set for June 29.

Jagger said in a tweet earlier this month he was grateful for the support he has received during this difficult time.

“Thank you everyone for all your messages of support, I’m feeling much better now and on the mend - and also a huge thank you to all the hospital staff for doing a superb job.”

When asked if Stone would be attending the Burl Creek concert, he said yes, although transportation may be an issue.

Stone is also confident it won’t be their last tour.

“I remember saying to Keith (Richards) in Memphis, ‘Keith, you don’t need the dough, why do you gotta keep coming here?’ … he says, ‘Jerry, it’s not even about the money. I’ll come out if they wanna see me in a wheel chair.’”

The Stones kick off their “No Filter” tour June 21 at Soldier Field in Chicago, Ill.