'Sad he had to leave this way': 25-year-old fatally shot in Scarborough identified by loved ones

25-year-old Charankan Chandrakanthan had just finished playing volleyball and was hanging out with a group of people Thursday night when he was shot dead in a Scarborough parking lot, according to friends.

Police were called just before 10 p.m. to reports of a shooting at an industrial plaza near Middlefield Road and McNicoll Avenue. Investigators say that 10 to 20 people were at a gathering in the parking lot.

"During that time, two individuals became involved in a dispute with each other, and one person pulled out a firearm and proceeded to shoot the other individual," Homicide Detective Jason Shankaran said. 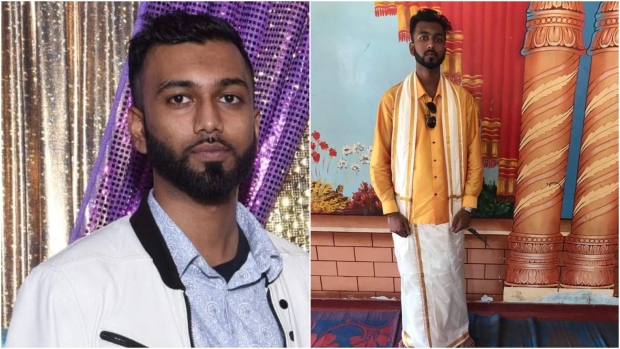 Charankan Chandrakanthan is seen here in this photo. (Supplied)

Police said the victim was struck by two bullets, and was pronounced dead at the scene.

A large group of family and friends arrived at the scene Friday morning, and made a makeshift memorial next to visible blood stain, where Chandrakanthan was killed.

Sathu Sri told CTV News Toronto that he had arrived at the plaza Thursday night to find his best friend of 13 years lying on the ground. 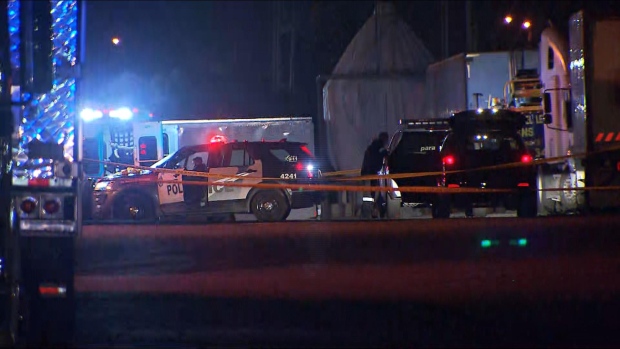 Chandrakanthan is being remembered as a humble, kind and hard-working man, who took care of his family. He worked in construction and for a printing business.

"He loved his sisters, he loved his family," the victim's cousin, Tishany Raj, said. "He loved his cousins he treated us all like siblings you know, and there's a lot of people hurting right now."

Friends and family said it is difficult to understand why this would happen to Chandrakanthan as he was never involved in gang activity.

Family friend Pragash Soma, who watched Chandrakanthan grow up for more than 20 years, said he was a "good person" and "not a trouble maker."

"He's [a] friendly guy. He doesn't get mad, never said no to anything, he's a good kid," Soma said. "I never see him getting in trouble with anybody." 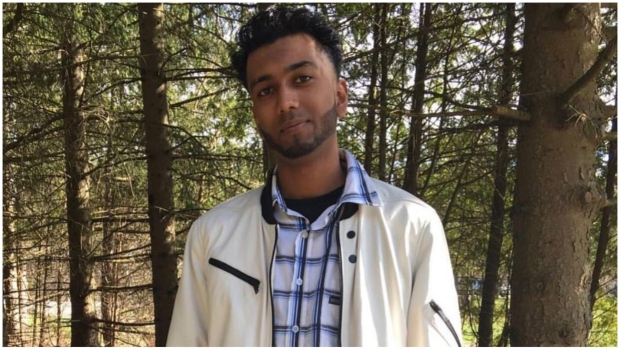 Charankan Chandrakanthan is seen here in this photo. (Supplied)

Police did not immediately release a suspect description, but believe multiple witnesses know who the shooter is, and have valuable information.

"Many people in all likelihood knew each other. We're appealing for those people to come forward," Detective Shankaran said. A significant amount of security video has been collected, according to police, but they need witnesses to help them solve this case.

"People are fed up with people wanting to use firearms to settle their disputes. And rightfully so. People are not only concerned for their safety, but they're angry."