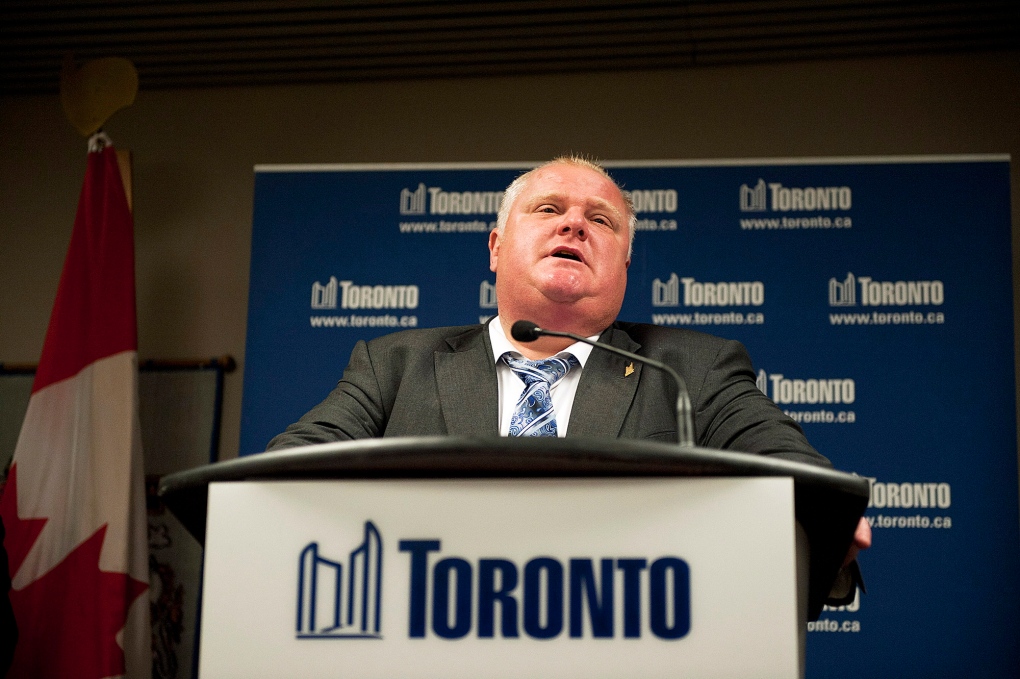 A new poll suggests the drug use allegations that have dogged Mayor Rob Ford for weeks are not hurting his popularity.

According to Forum Research’s latest survey, Ford’s approval rating has jumped five points after a few turbulent weeks at city hall, but nearly half of Torontonians think he should take a leave of absence.

The mayor’s approval rating is 47 per cent, up from the 42 per cent rating he scored days after the allegations surfaced.

The poll was taken after the Supreme Court of Canada declined to hear an appeal in the conflict-of-interest case against Ford.

“The Ford Nation is a very loyal group of individuals and they’ve stuck with him through thick and thin," said Forum Research president Lorne Bozinoff. “They seem to be sticking with him and he seems to have had a relatively good week or two because there not been much new in terms of the allegations and he’s back focusing on city business.”

Still, 60 per cent of Torontonians don’t think the mayor has adequately addressed the allegations, including a quarter of those who approve of his performance and one-third who say they voted for the mayor in 2010.

Nearly half of respondents (49 per cent) think the mayor should take a leave of absence, while 43 per cent think he should not.

Ford finds the least support in East York/Toronto and among those with no religion (27 per cent each), Forum Research said.

The voice response telephone survey polled 1,239 randomly-selected Toronto adults on Tuesday. Results based on the total sample are considered accurate to within three per cent, 19 times out of 20.

In a separate poll, Forum Research asked people to choose who they would vote for in a handful of potential mayoral races.

“Those three would make for a fascinating race,” he said.

In a Ford vs. Chow or Ford vs. Tory scenario, Ford would lose both contests, the poll found.

The mayor has faced calls for his resignation since U.S. gossip website Gawker and the Toronto Star published drug allegations against him in May.

According to the reports, an alleged cellphone video shows Ford smoking from a glass pipe. The alleged video has not surfaced, and its authenticity has not been substantiated.

Ford has denied the existence of a video and he previously told reporters he does not use crack cocaine.