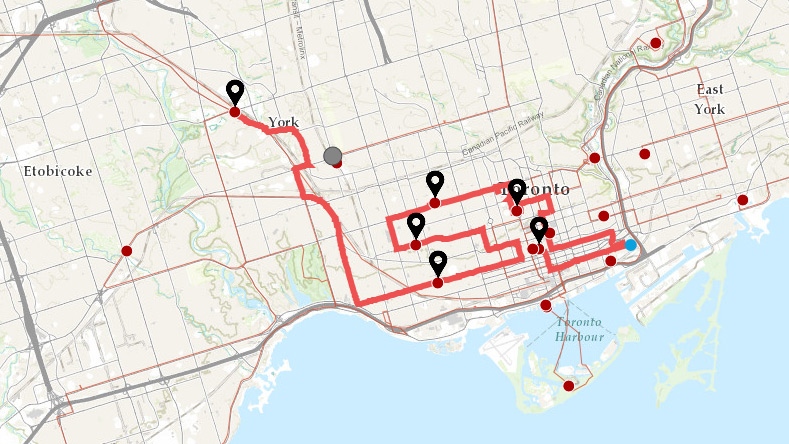 The Pan Am Games torch relay route for Thursday, July 9 is shown. (Toronto 2015 Pan Am Games)

Several Toronto roads will be temporarily closed as the Pan Am Games torch nears its final destination downtown.

The Pan Am torch is reaching the end of its 41-day journey, after making stops in Calgary, Halifax, Richmond, B.C., Winnipeg, Ottawa and dozens of other communities.

The flame will start the day at Mount Dennis Public Library, and will wind its way from the York neighbourhood south to Toronto City Hall downtown. It will make a total of 10 stops on Thursday:

During the relay, Toronto police warn of the following rolling road closures:

On Friday, the torch will start at Toronto's Pearson International Airport, making two stops before coming to rest at Ontario's Celebration Zone at the Queen's Quay Terminal ahead of the Pan Am opening ceremony.

In addition to the torch relay, part of Lake Shore Boulevard will be closed Thursday mornings as triathletes familiarize themselves with the course. Lake Shore will be closed between Strachan Avenue and Parkside Drive from 9:30 a.m. to 11 a.m.