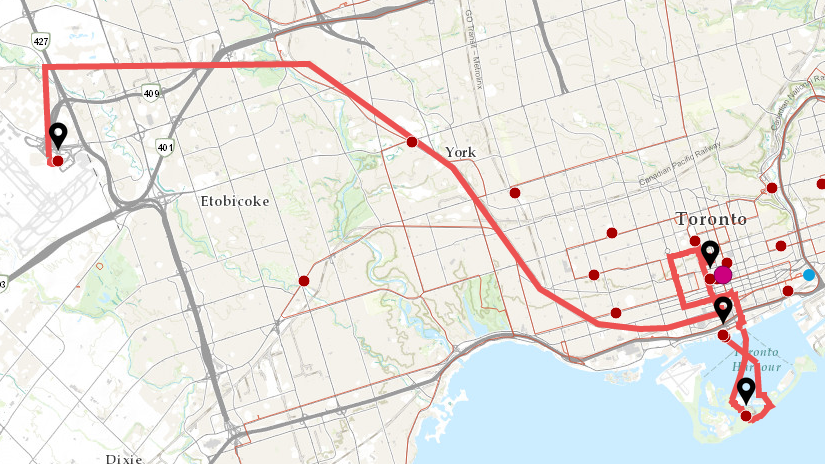 The Pan Am Games torch relay route for Friday, July 10 is shown. (Toronto 2015 Pan Am Games)

Several Toronto roads will be temporarily closed as the Pan Am Games torch reaches its final destination for the opening ceremony.

The Pan Am torch is completing the final leg of its 41-day journey, after making stops in Calgary, Halifax, Richmond, B.C., Winnipeg, Ottawa and dozens of other communities.

According to police, there will be a significant number of officers in the area to assist the movement of traffic.

Residents and businesses in the affected areas will still be able to access their premises.