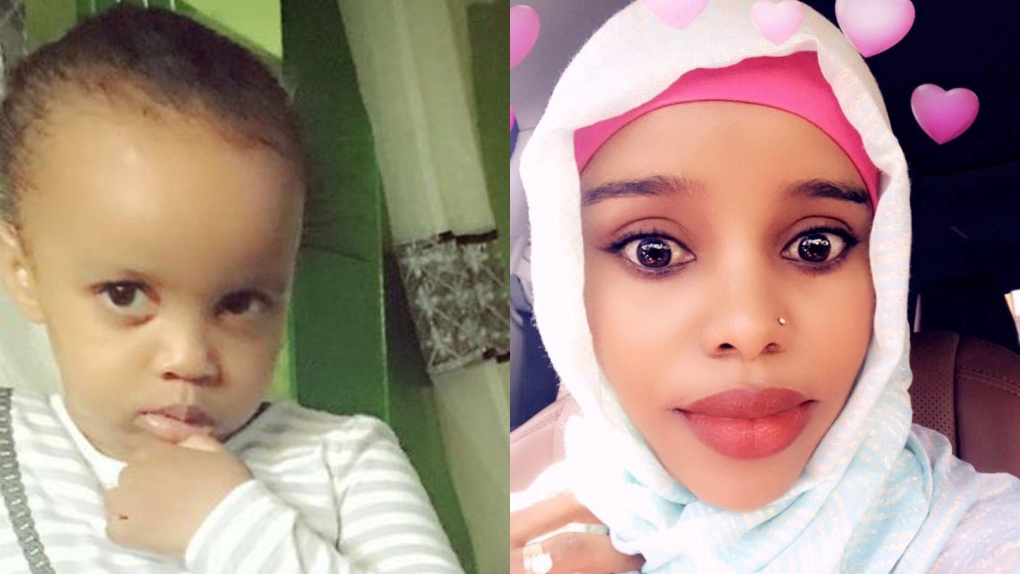 Edmonton mother Amina Ibrahim Odowa and her five-year-old daughter Safiya were on board the jet that went down six minutes after it took off from the Addis Ababa airport on the way to Nairobi, Kenya. (Mohamed Hassan Ali)

TORONTO -- The remains of seven Canadians who died in the Ethiopian Airlines crash have been returned to the country, more than seven months after the disaster.

Mohamad Ali, of Toronto, says he flew to Ethiopia last week to bring his sister and niece home.

He says his relatives' remains were returned to Canada on Tuesday morning on a flight with the remains of five other Canadians.

The plane was flying to Kenya from Addis Ababa on March 10 when it went down, killing all 157 people on board including 18 Canadians.

The Boeing 737 Max involved in the flight has been grounded after two of the planes crashed, the other in Indonesia last October.

There are several ongoing investigations into the crashes, including a congressional committee probe in the United States.

Ali said Tuesday that the repatriation of his relatives' remains is an important part of the healing process for his family, and he plans to bury Amina Odowa and her daughter Sophia Abdulkadir beside each other in Edmonton on Friday.

He said he feels his sister and niece's spirit around him and bringing them home has given him a modicum of closure.

This report by The Canadian Press was originally published on Oct. 22, 2019.