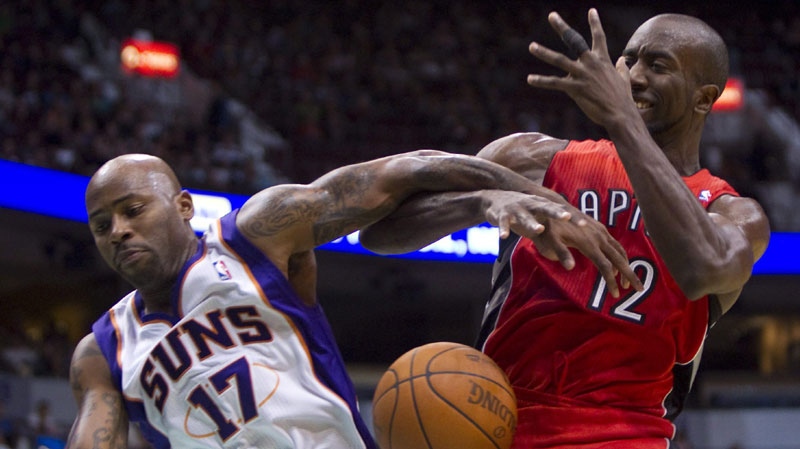 Phoenix Suns' Chucky Atkins, left, knocks the ball away from Toronto Raptors' Ronald Dupree during the second half of NBA pre-season basketball action at the Rogers Arena in Vancouver, Wednesday, Oct. 6, 2010. (THE CANADIAN PRESS/Jonathan Hayward)

The six-foot-seven, 210-pound forward was re-signed by the Raptors on Boxing Day, and appeared in three games, recording three rebounds and two points in 13 minutes.

Dupree played for the Raptors in the summer league and attended this season's training camp.

With Dupree's departure, the Raptors now have 14 players on their roster.