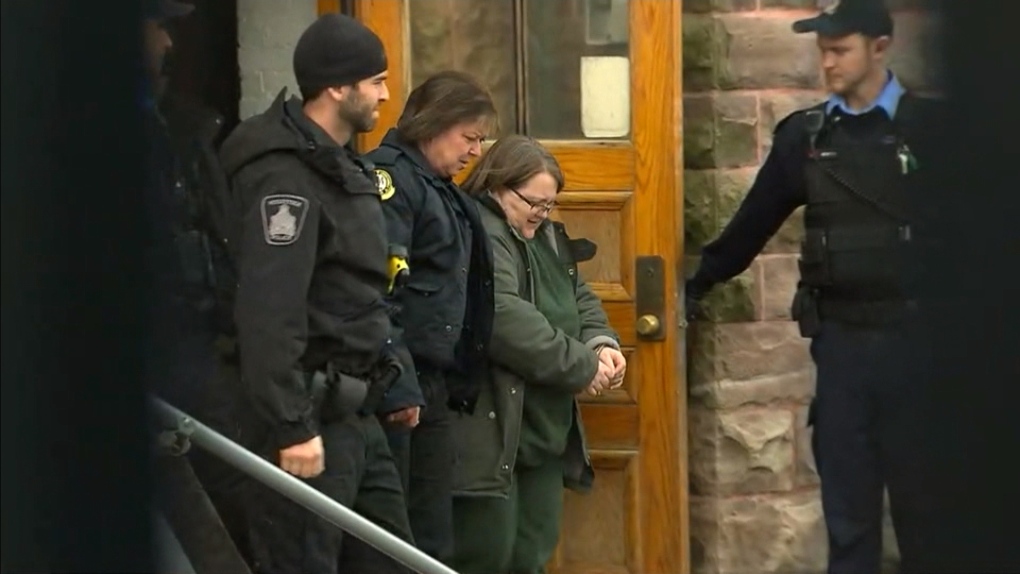 A coroner declined to perform an autopsy on one of the victims of an Ontario nurse who killed elderly patients in her care despite the recommendations of other health professionals, a public inquiry heard Monday.

Elizabeth Wettlaufer, 51, has confessed to murdering eight patients, and attempting to kill several more, for nearly a decade by injecting them with overdoses of insulin at long-term care homes and private residences across Ontario.

The public inquiry into her actions began its third week Monday with testimony from a nurse who works at Caressant Care, in Woodstock, Ont., where Wettlaufer killed seven residents.

Laura Long testified that staff at the home were confused when 79-year-old resident Maureen Pickering died in March 2014. Pickering had Alzheimer's, Long said, but was physically active and could walk around. Then, just days before her death, her blood sugar plummeted.

Caressant nurse Karen Routledge told the inquiry last week that Pickering was taken to hospital, where a doctor who could not determine the cause of her extremely low blood sugar, suggested an autopsy be conducted if Pickering died.

Routledge called the coroner's office when Pickering died and was told they "did not feel this was a coroner's case," she testified.

Deaths must be sudden or unexpected to warrant an autopsy, and coroners have told Caressant staff that no death in a care home is unexpected, Long told the inquiry on Monday.

Wettlaufer's confession has taken a toll on staff at Caressant, where seven of the victims lived, Long said.

"It's been tough, it's hard on everybody," she said. "The snide remarks we hear in public when we are out there. What do you do?"

Long said she was especially close to one of Wettlaufer's victims -- Gladys Millard, 87.

"Oh my gosh... Gladie Millard's family were like my family," the longtime nurse added. "I looked after her parents, her aunt. Gladie was so much fun."

"She was messy in her work and didn't complete things -- I want to call it just plain laziness," Long said.

Wettlaufer made other staff uncomfortable by "carrying on" about her romantic relationships and being disowned by her family, but at times she was also very generous, Long said.

"Seniors they always like to see pets so she would bring in her dog, she'd bring in food, she'd sit with the residents, and this was on her own time," Long said.

Wettlaufer organized a baby shower for a couple on staff who didn't have any family living in Canada.

"She was a Sunday school teacher at one time and she took all the kids to Canada's Wonderland (amusement park) one time and paid for everything because the parents couldn't afford it," Long said.

In April 2013, however, Long overheard Wettlaufer taunting an elderly man at Caressant who had complained about a fellow resident's disruptive behaviour.

"She was being sarcastic and mean," Long told the inquiry.

Wettlaufer asked the man mockingly whether he needed a psychiatric assessment or a shot of a drug used as a chemical restraint, Long testified.

Long provided management with a written account of the incident, but said she was not in a position to know whether Caressant followed up with Wettlaufer about it.