Protesters have crashed the grand opening of a Chick-fil-A restaurant in Toronto on Friday and shamed customers who are purchasing food from the new store.

The American food chain, which opened a new store at Yonge and Bloor streets a few minutes ahead of schedule this morning, is being slammed by protesters for its ties to anti-LGBTQ groups.

The CEO of Chick-fil-A, Dan Cathy, has previously said he believes in the “biblical definition of a family unit” and has donated millions to charities with a history of discrimination against LGBTQ groups.

Members of The 519, a city organization that is dedicated to advocacy for the inclusion of the LGBTQ community, joined LiberationTO outside the Chick-fil-A store to protest.

"Shame, shame, shame," one protester yelled at a customer leaving the store this morning.

"Chick-fil-A has given millions of dollars to anti-LGBTQ2S organizations, including known hate groups and proponents of conversion therapy, and continues to do so every year," The 519 said.

“Many US cities, campuses, and retail outlets have refused to allow Chick-fil-A to locate within their spaces, and/or have been vocal opponents of the corporation’s hateful values. Toronto and the rest of Canada need to be next in line.” 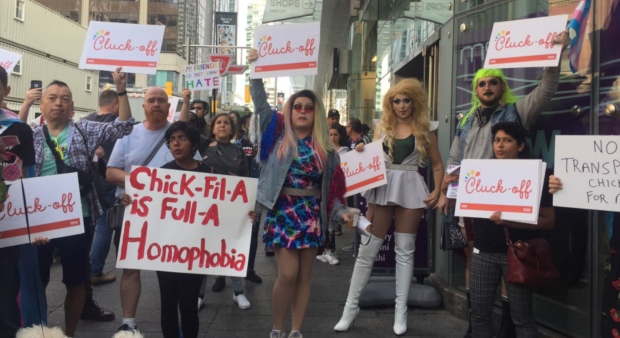 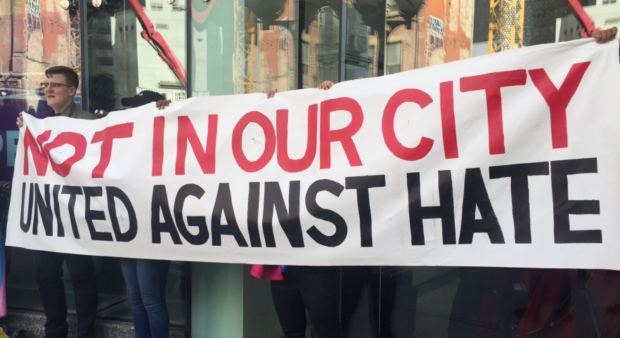 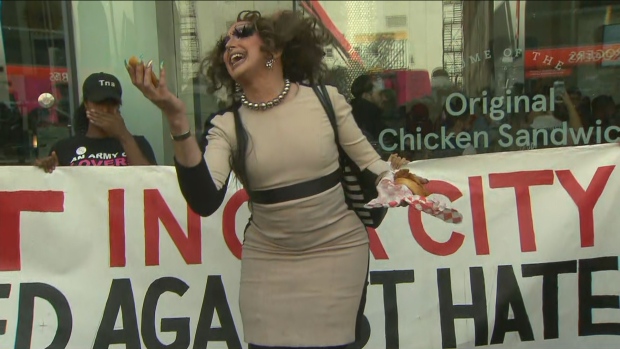 Meanwhile, Canadian evangelical Christian leader Charles McVety has planned an event for Saturday outside the store, saying “Christians will not be driven out of the city”.

McVety is urging people who are marching in the 20th annual Jesus in the City parade on Saturday to stop by the Chick-fil-A store to “pray for freedom and security.” He expects thousands of people will pray outside the store.

“It’s upsetting that people want to stop a business simply because it adheres to Christian values.”

“It should not happen in Canada, if you just want to get chicken you shouldn’t be shamed.” 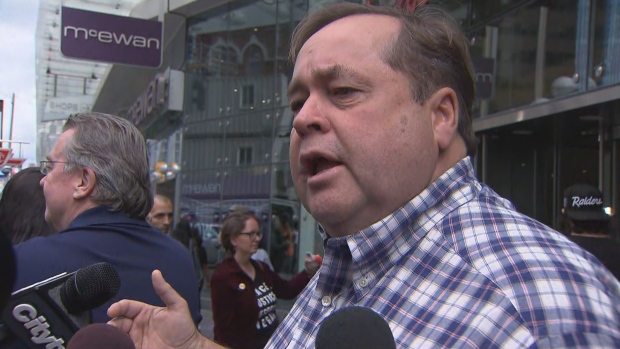 Charles McVety is seen at the Chick-fil-A store in Toronto. (CTV News Toronto)

“This is school yard bullying tactics and we are against bulling.”

Hungry customers were lined as early as 6.30 a.m. on Friday ahead of the store’s official opening. 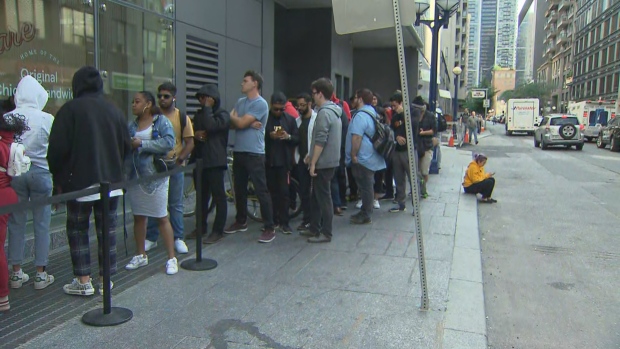 Customers wait in line for the grand opening of Chick-fil-A in Toronto. (CTV News Toronto)

“We’re excited to see many guests already in line this morning in anticipation of opening our doors,” a spokesperson for the restaurant told CTV News Toronto.

“We respect people’s right to share their opinions and want all Torontonians to know they are welcome at Chick-fil-A Yonge & Bloor.”

“Our focus is on offering a welcoming and respectful environment for our guests and team members and we encourage people to give us a try.”

We’re still here, protesting at 1 Bloor Street East. Come down, come down, wherever you are and join us in asking hate, discrimination, and Chick-fil-A to #CluckOff. pic.twitter.com/qY4jaiahYy

The Toronto Chick-fil-A location was in the spotlight earlier this week after video surfaced online appearing to show a mouse inside the restaurant.

In a statement, Toronto Public Health’s Associate Director of Healthy Environments Sylvanus Thompson confirmed investigators visited the building, but determined that the premises were in compliance with all pest control and other requirements of the Food Premises Regulation.

“The investigation included a more detailed focus on pest control given that the nature of the complaint was regarding a mouse on the premises. There was no evidence of current or past pest concerns to substantiate the complaint. The premises were in compliance with all pest control and other requirements of the Food Premises Regulation.” Thompson said.