Hundreds gathered outside a library in downtown Toronto Tuesday to protest an event featuring a speaker who is critical of gender identity and transgender rights.

The Toronto Public Library stuck to its decision to hold the Tuesday evening event at its Palmerston branch, despite backlash from residents and local authors.

An online petition gathering over 8,000 signatures said the library provided a platform for Meghan Murphy to spread hate speech.

Pride Toronto, which organized its own rally Tuesday, said that it will end its relationship with TPL, meaning that it no longer hold events at its branches.

Meghan Murphy, who runs the website Feminist Current, has said in the past that she is concerned about the impact gender identity may have on endangering women and undermining women's rights.

She’s also spoken against allowing Trans women into woman-only spaces, arguing that some woman may feel concerned due to experiences with male violence.

Former MPP and Toronto reverend Cheri DiNovo said she was "horrified and quite sickened" when she heard Murphy would speak at the library.

"Trans rights are human rights, what this woman is trying to do is take that away," she said. 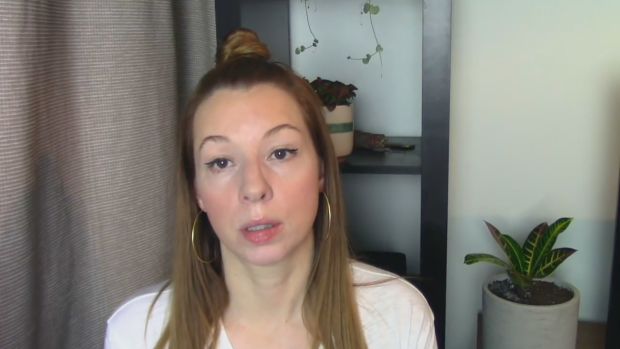 Journalist and writer Meghan Murphy is seen in this screenshot.

Protesters say Murphy’s views promote transphobia and should not be allowed to be shared inside a local public space.

Gwen Benaway, a transgender author, attended and spoke at the rally Tuesday.

"Having a transphobic speaker at the library endangers me because among other things they advocate ... that I'm a threat to other women," she said. "These statements cause people to fear Trans women and act violently toward us in public spaces."

The Toronto Public Library has said it is aware that the event has caused "anger and concern" but maintains it has an obligation to protect free speech. 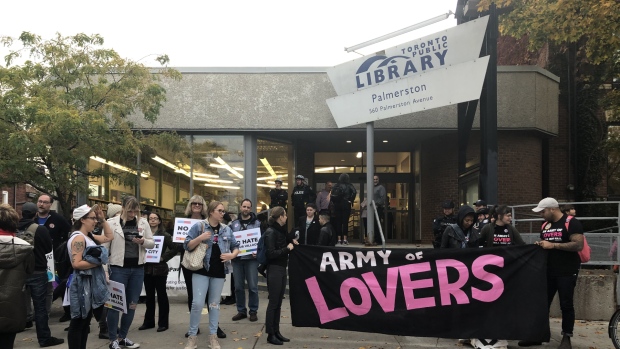 "We would also suggest that engaging in respectful civil discourse with people of opposing views may be a more productive strategy than abstaining from public library events," it said in a statement.

"Libraries have always been committed to supporting vulnerable communities by welcoming and creating space for different perspectives rather than through censorship."

Murphy's talk was held at the Palmerston TPL branch at 6:45 p.m. The protest started at 6 p.m. just outside the library.

A second rally also took place Tuesday at 4 p.m. at the Barbara Hall Park. This second rally then made its way to the library branch shortly after.