Police search for driver who crashed through fence near GO train tracks, took off on foot 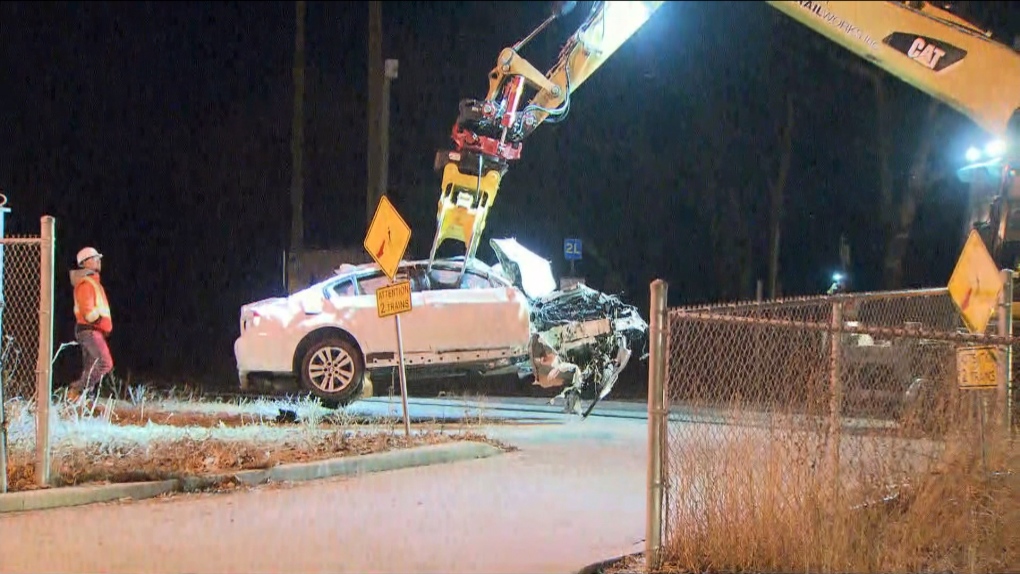 Police are searching for a suspect who abandoned a badly damaged vehicle on GO train tracks early Thursday morning.

TORONTO -- Police say they are searching for a driver who crashed a car through a fence near an east-end GO Station, abandoned the vehicle on the tracks, and took off on foot.

According to witnesses, a speeding vehicle crashed through a fence near the Rouge Hill GO Station early this morning and struck a pole.

The driver, who police believe is likely injured, left the badly damaged car on the westbound track and fled the scene.

The Durham Regional Police Service’s K9 unit was called in to search for the suspect but the driver was not located. 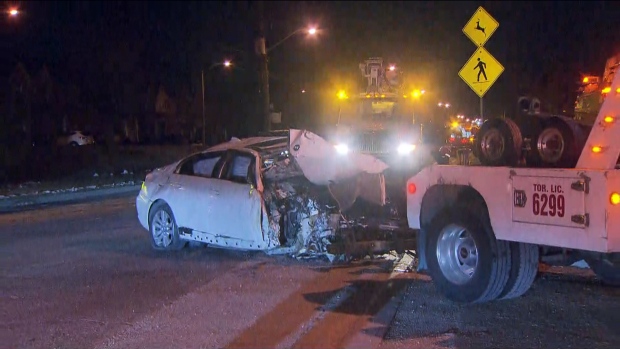 Police told CP24 that the vehicle has not been reported stolen.

There was some concern this morning that the fail-to-remain collision may have an impact on GO train service but a rail maintenance crew that happened to be working in the area was able to bring in a crane and quickly remove the vehicle from the tracks.

“We received reports of a vehicle collision on Lakeshore East at the Chesterton Shores Crossing. Initial reports indicate a vehicle went over the tracks, hit a utility pole and caught fire, blocking part of the tracks,” Metrolinx said in a written statement issued shortly after 5 a.m. on Thursday.

“Thankfully, Toronto Hydro crews worked quickly to safely remove some fallen wires from a utility pole and crews were able to remove the car from the tracks. Our Network Operations Centre was just given the all clear and trains will begin their morning runs. It is not expected there will be any significant delays as a result of this incident.”