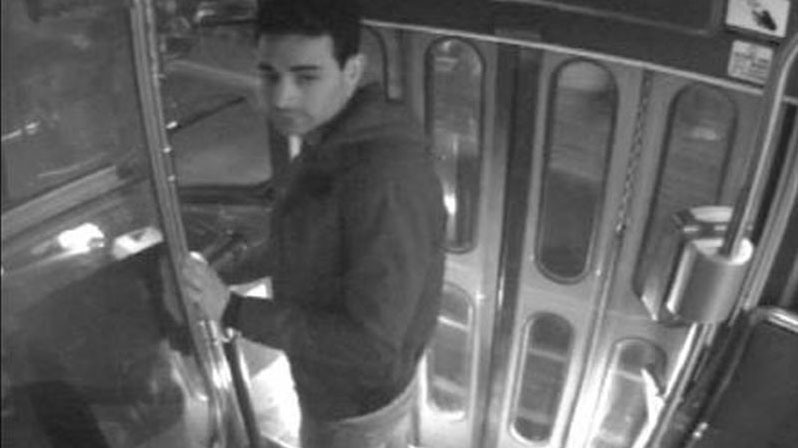 A security camera image of a man wanted in connection with an alleged sexual assault on board a TTC streetcar in May. (Toronto Police handout) )

Toronto police have released surveillance camera images of a man wanted after a woman was allegedly sexually assaulted onboard a TTC streetcar last month.

On May 1, police said a woman boarded a streetcar the John and Queen streets area at around 2:20 a.m.

According to police, a man boarded the same streetcar a few stops later and sat beside the woman.

Police allege the man then sexually assaulted her.

The woman remained onboard the streetcar until it arrived at Broadview Station.

Upon exiting the streetcar at Broadview Station, police said the man began to follow the woman on foot.

The woman lost sight of the man in the area of Danforth and Broadview avenues shortly after and contacted police once at home.

On Friday, police released surveillance camera images of a man wanted in connection with the incident.

The suspect is described as 30 to 35 years old, approximately five-foot-four, 110 to 120 pounds, with a slim build, and short, black hair.

Police said the suspect also appears to have pimples on the back of his shoulders.