DNA evidence has linked the same man to three separate sexual assaults spanning four years and investigators believe there could be more victims.

The first assault occurred in the area of Dufferin Street and Rogers Road in Toronto.

On July 28, 2015, a 23-year-old woman was approached from behind by a man and dragged into a laneway. She was then sexually assaulted.

The second assault occurred nearly one and a half years later on January 1, 2017, in Collingwood, in the Birch Street and Second Street area.

Police said a 17-year-old girl was pulled into a vehicle by a man and sexually assaulted. 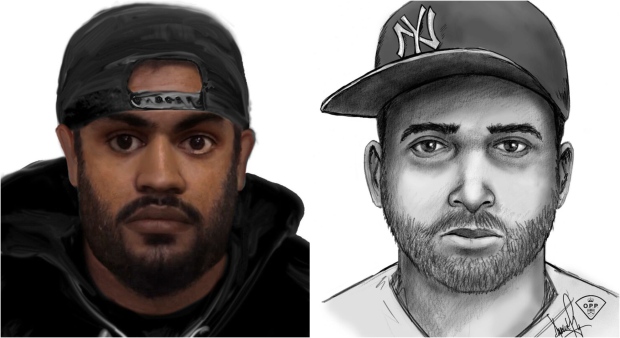 In the third and most recent attack on July 15, 2019, police say a 28-year-old woman ordered a ride-sharing vehicle to pick her up on Lake Shore Boulevard, between Newfoundland Road and Strachan Avenue.

The man then pulled up beside the woman and tricked her into thinking he was her driver.

The woman was taken to a parking lot on Jane Street near Eglinton Avenue West and was sexually assaulted.

Police said the suspect made death threats to the woman and drove away from the area at a high rate of speed.

“I believe he is escalating in violence,” Toronto police Inspector Pauline Gray told reporters on Thursday. “Participate in getting this guy off the streets before he attacks another woman walking home.”

“He is looking for young women walking on their own,” she said.

“We wanted to make people aware that this gentleman, and I use that term loosely, is out there.”

“We are concerned that given the span of time between the three incidents that there are other sexual assaults by this man that have gone unreported.”

He may have sustained an injury to his eye during one of the attacks.