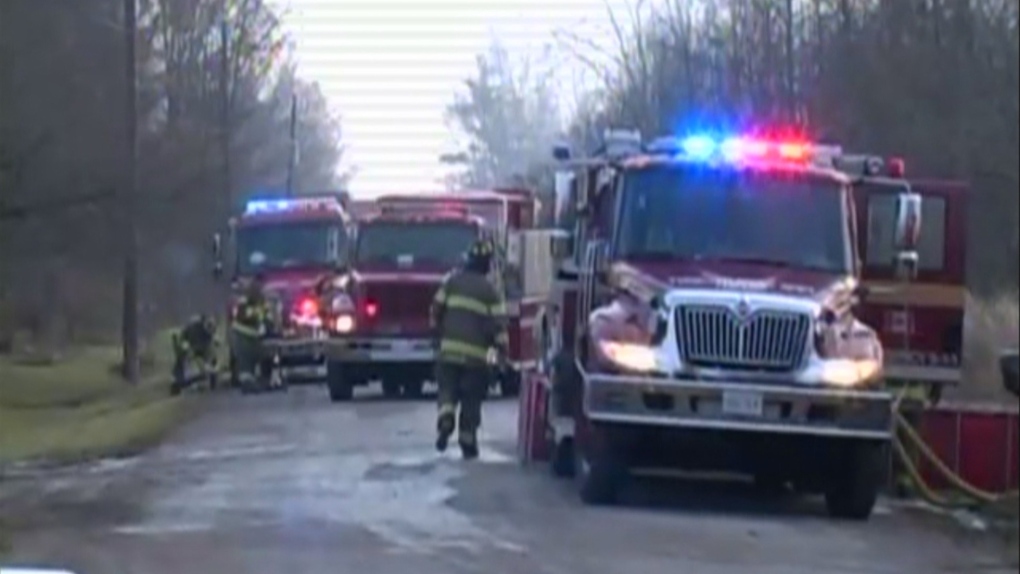 Niagara police are investigating after a body was found inside a workshop on Carl Road that caught fire on Sunday.

TORONTO -- Niagara police are investigating after a body was found inside a workshop following a fire on Sunday.

Fire crews were called to the area of Carl Road and McKenney Road just before 7:30 a.m.

The identity of the body has not been confirmed.

“The coroner is currently in the scene and the scene will be held while the investigation continues over the coming days,” Niagara police spokesperson Stephanie Sabourin said in an email.

The Office of the Fire Marshal has been contacted due to the extent of the fire, she said.