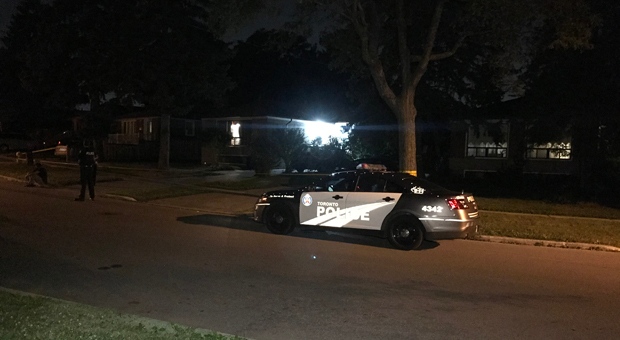 Police are investigating a shooting on Confederation Drive in Scarborough. (Mike Nguyen/ CP24)

Police are investigating a shooting in Scarborough’s Golfdale Gardens neighbourhood that sent one male to hospital.

It happened shortly after midnight at a residence on Confederation Drive, located in the area Scarborough Golf Club Road and Lawrence Avenue East.

Police say the male injured in the shooting was taken to hospital by someone who was with him at the time.

His injuries are not believed to be life-threatening.

Police have not released any information on possible suspects.